There are four officially recognized religions in Iran: apart from Islam, these are Christianity, Judaism and Zoroastrianism, the predominant religion in the Iranian cultural area until the advance of Islam in the 7th century.

Other religious groups exist, such as the Mandaeans (cover photo), but they do not enjoy official status and protection. They are even discriminated against and - this applies to the Baha'i movement that emerged in the middle of the 19th century - sometimes brutally persecuted. Now a new administrative measure has been taken against these religious minorities. It is about the issue of identity cards.

So far, the members of the officially not recognized religions have had the option of ticking a field with the entry "other (religion)" in the - compulsory - indication of the denomination. This field has now been deleted, only the fields for the four officially approved faiths remain. Members of all other religious communities must now either indicate a different religion than their actual one or waive their identity card. However, this is not practical: ID is required for applications for government benefits, for banking transactions and many other activities. 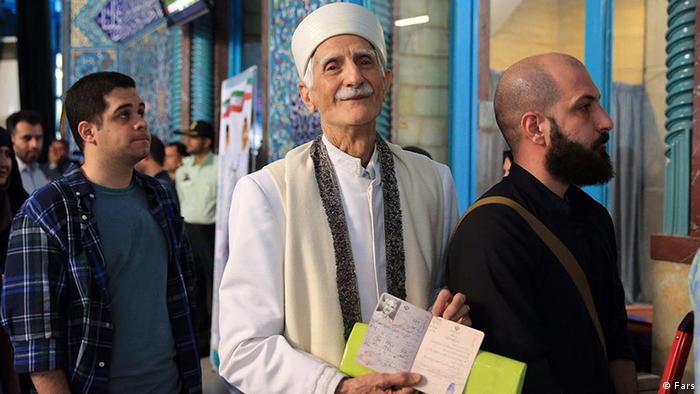 A Zoroastrian priest voting for the 2017 presidential election

"Bahai will find a way"

The state can allow itself such dealings with the religious minorities, because the number of their followers is small. Overall, they make up no more than three percent of the total population. The already mentioned group of Baha'i has 300,000 members in Iran, that of the Mandaeans around 100,000 members. According to estimates - there are no official figures - the largest group, the Yarsanis, comprises around two million. While the Baha'i are a modern phenomenon, the Yarsani and Mandaean beliefs emerged in the 14th and 1st centuries, respectively.

It is not yet clear how the Baha'i would react to the new regulation, says Sepehr Atefi, a member of the religious community living in exile in Germany. "The Iranian state has been harassing us for 40 years. That is why we will probably find a way to deal with the new decision this time too. However, lying and specifying a wrong denomination is no way for us."

The website "iranhumanrights" cites the reply from the management of the national registration offices to a citizen who is a Baha'i. In it, the authority admits its plight. The law neither recognizes his religion - that of the Baha'i - nor does it offer a solution for the situation that has now arisen. "You can submit your application under the conditions now in place," the letter says. In other words: the recipient of the letter must either provide false information or forego identification. Equal treatment according to "Islamic criteria"

Officially, the Islamic Republic of Iran does not discriminate against its citizens. Article 19 of the constitution states: "Iranians enjoy the same rights regardless of what tribe or ethnic group they belong to. Color, race, language and other aspects are not grounds for privileges." However, Article 20 contains a restriction: "Members of the nation are equally protected by the law. They enjoy all human rights as well as political, economic, social and cultural rights that are in accordance with the Islamic criteria."

This prerequisite - compliance with the "Islamic criteria" - is apparently the lever with which the government takes action against the minorities. The latest initiative goes back to the parliamentarian Jawad Abtahi. In January 2019, he turned to the Iranian Interior Minister Abdolresa Rahmani Fasli with the suggestion that the option "other (religions)" should be deleted from the application for the identity card. His argument: by leaving the option of belonging to "other" religions on the ID card, the state is practically recognizing this. Apparently the competent authorities followed the argument.

The new regulation for the identity card is only the latest in a long series of measures, says Sepehr Atefi. His own family suffered from this policy. "In 1981 my grandfather was executed for his belief," says Atefi. "Of course he could have lied and said he wasn't a Baha'i. That would have saved his life. But he didn't." The authorities also took action against him. "In 2008 I wanted to enroll at the university. To do this, I had to state my religion. I could also have lied. But I didn't because it contradicts the beliefs of the Baha'i. So I couldn't study in Iran . " 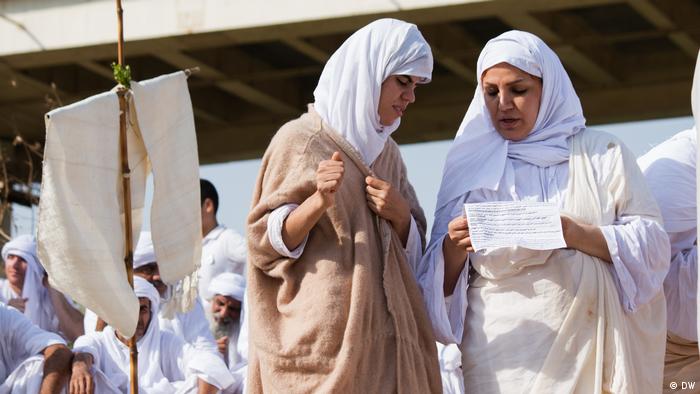 The tradition of the small Mandaean community goes back to New Testament times.

"The government also discriminates against other religious minorities, including Sunni Muslims, and restricts the cultural and political activities of the country's Azerbaijani, Kurdish, Arab and Balochian ethnic minorities," said HRW. 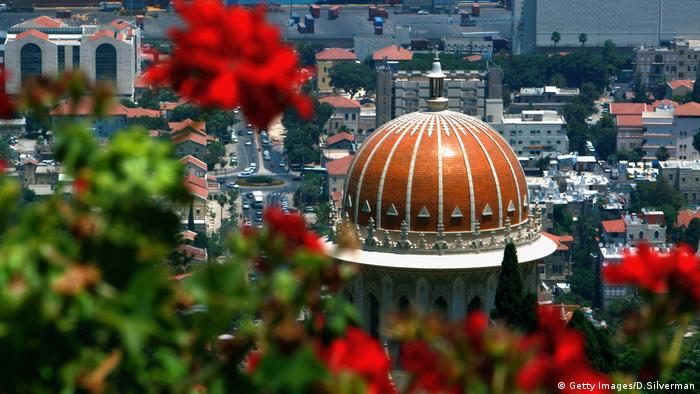 The center of the Baha'i community with six million members worldwide is the Shrine of Bab in Haifa, Israel. Bahais are often accused by Iran of being Israeli spies.

The Baha'i also count the scriptures of other world religions as part of their heritage. They do not have their own clergy, and both genders are considered equal. All of this, according to Atefi, makes the teaching of the Baha'i interesting for Iranians of other religious communities, and that is precisely why the government is now also taking administrative action against the Baha'i.

That is why the Baha'i now hoped for solidarity from Iranian civil society as well as from governments around the world, said Atefi. In any case, the Baha'i are now challenged. They probably wouldn't lie. All that remains is either to accept massive disadvantages or to go into exile. "But I'm not sure that exile is an appropriate path," says Atefi.