How did Taiwan become a democracy

Taiwan: A role model for democracy for mainland China?

At the turn of the year, the President of the People's Republic of China, Hu Jintao, warned the cadres of the Communist Party against Western influence on China. "Enemy international forces" are trying to westernize China, Hu wrote in an article for the party magazine "Qiushi". The West tries to influence China culturally and ideologically. According to the President, the People's Republic must pay attention to its own values. 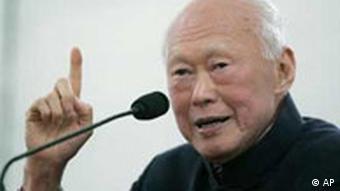 Hu Jintao's sharp separation of Western and Chinese values ​​is reminiscent of a debate initiated by former Singapore Prime Minister Lee Kuan Yew in the 1990s: Asian values ​​such as diligence, thrift, the recognition of authority and the primacy of society over the individual are the basis for the East Asian economic miracle. Asian values ​​and liberal Western democracy did not go together, so the tenor of the Singapore head of government. Lee received a lot of applause from Malaysia and also from the People's Republic of China, both autocratic systems.

"That was certainly also aimed at legitimizing one's own rule," says Gunter Schubert, Professor of Greater China Studies at the University of Tübingen, explaining the motives behind Lee's Asian values. "It was ultimately about a kind of self-reflection to secure one's own claims to power," said Schubert to DW-WORLD.DE.

The example of Taiwan shows that stable democracy is also possible in the Chinese culture. In the mid-1980s, the former military dictatorship began to transform step by step into a democracy. In 1986 opposition members founded the DPP party, and a year later the nationalist Kuomintang government repealed martial law after 38 years. In 1996 Taiwan held its first free presidential election. Since then, a flourishing democracy has developed in Taiwan. In 2000, the Kuomintang had to surrender power to the opposition for the first time since 1949. The government has been voted out of office twice in the last 15 years, and the parliamentary and presidential elections on Saturday (January 14, 2012) could mark the third change of government. Extra-parliamentary power struggles, anarchy and chaos did not materialize. 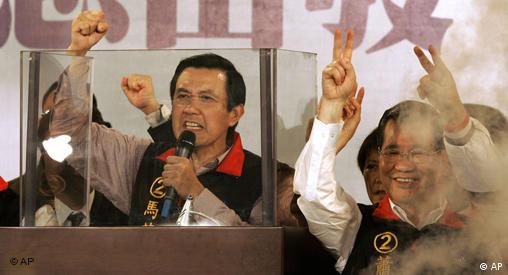 Taiwanese President Ma Ying-jeou won the 2008 election, but the weekend election could herald a change of government

The remarkable process of democratization in Taiwan is also having an impact on mainland China, Aurel Croissant, political scientist at Heidelberg University, told DW-WORLD.DE. This is not happening through direct political influence of the small Taiwan on the great People's Republic, but through the increasing exchange between both sides of the Taiwan Strait. "Taiwan shows those who are interested on the mainland, however, emphatically that democracy and Chinese culture do not necessarily have to be a contradiction," said Croissant. The developments in Taiwan also made it clear that democracy on Chinese soil will not inevitably lead to declining economic development or chaos.

No one-to-one takeover in the People's Republic

However, the adoption of the Taiwanese model by the People's Republic is not foreseeable. The director of the German Society for Foreign Policy, Eberhard Sandschneider, considers this difficult, if only because of the size difference between Taiwan and the People's Republic. According to the political scientist, the democratization of a country with 16 million people at the time was still comparatively easy to achieve. "But when you have to do with the huge, almost continental China and with 1.3 billion people, that is a different dimension that also entails completely different operational mechanisms," Sandschneider told DW-WORLD.DE.

Debate on democracy in mainland China too 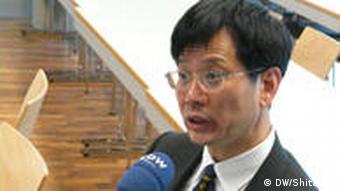 Even if the Chinese government is opposed to democratic reforms, there is a controversial and open debate about democracy among Chinese intellectuals. In 2008, Yu Keping, a professor at Peking University, published the much discussed essay "Democracy is a Good Thing". In it he describes the advantages of the democratic system, but also emphasizes that China does not copy foreign political models.

Last December, Lai Hairong, director of the Chinese Center for Overseas Social and Philosophical Theories, published the essay "People's Republic and People's Rule". In it he expresses the opinion that Chinese values ​​are entirely compatible with a liberal democracy - and explicitly refers to the example of Taiwan. The article only reflects Lai's private opinion and did not appear in China itself. But at least Lai's Institute is part of the Central Committee of the Chinese Communist Party! Lai Hairong writes that a synthesis between Chinese values ​​and liberal democracy will come about. This synthesis will be similar to that in the other East Asian countries. The political scientist is certain that China will not take over Western democracy one-to-one, but rather create its own democratic institutions.

Even Lai Hairong cannot predict when the time will come.