Meditation can cause psychosis

Are we getting sicker and sicker mentally? 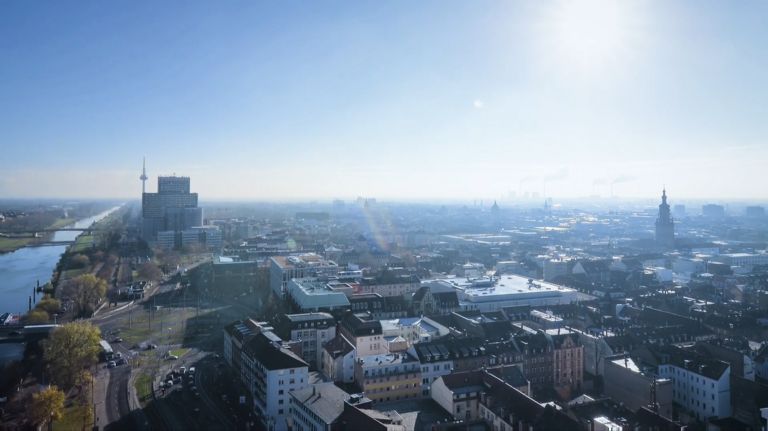 The number of psychological diagnoses is skyrocketing. Are stress and urbanization really driving the numbers up? Or has only increased awareness of mental suffering?

Because some symptoms of depression and burnout, such as listlessness, overlap, the two are often confused. But if you take a closer look, there are big differences. It starts with the fact that depression is considered an independent disease, while burnout is not. According to the World Health Organization (WHO), burn-out is only a “factor that can affect health”. And this factor relates purely to chronic stress in the workplace that is not handled successfully. In the case of depression, on the other hand, the cause is usually not a work overload, but perhaps an experience of loss or conflicts in the partnership.

There is talk in the media of nothing less than an “epidemic of the 21st century”. This is not about the spread of infectious diseases like Ebola or EHEC. But about reaching out to mental disorders.

In fact, the health insurances are reporting a dramatic increase in absenteeism and incapacity for work among their members due to mental suffering. The number of days absent due to mental illness has risen steadily over the last ten years and has increased by almost 80 percent, for example the result of the 2017 absence report from the AOK Scientific Institute. And according to the latest drug prescription report, the number of people has increased Prescribed antidepressants from 974 million daily doses in 2008 to almost 1,491 million in 2017. In the same period, the number of prescriptions for psychotropic drugs rose by almost 40 percent.

Researchers have now identified a number of risk factors for the psyche of the 21st century. Smoking weed is repeatedly under suspicion because the consumption of cannabis can trigger or at least intensify psychoses. And the popular recreational drug has been getting more and more potent for years. Specifically, varieties were bred that contain a higher proportion of the ingredient THC (tetrahydrocannabinol), which is responsible for the “high”. Within ten years, the THC content of European black market products has doubled.

And that obviously has consequences for the psyche, as a study by researchers led by Marta Di Forti, a psychiatrist at King's College in London, suggests. The scientists asked around 900 people who had suffered from psychosis for the first time about their previous cannabis use and compared their reports with those of healthy volunteers. Those who took cannabis daily were more than three times as likely to develop psychosis as non-users. And people who used highly potent cannabis on a daily basis were almost five times more likely to have psychosis than people who had never used the recreational drug.

You don't have to resort to hash to increase your risk of psychosis. It is enough to grow up in the city instead of in the country! Such people have a roughly three times higher risk of developing schizophrenia. Depression and anxiety disorders, which make up the majority of all mental illnesses, are also 30 to 40 percent more common in cities than in rural areas.

"City life is one of the best documented environmental risk factors for mental disorders," says the psychiatrist Andreas Meyer-Lindenberg, director of the Central Institute for Mental Health in Mannheim. "From my point of view, a number of meta-analyzes show that city life is actually the cause of certain mental health problems Disturbances are responsible. "This phenomenon is gaining in importance as people increasingly flock to cities. According to current calculations, around 70 percent of people will live in urban environments by 2050.

But why should city life harm the psyche? One reason may be that despite the greater population density, the supporting social networks among city dwellers are significantly smaller than in rural areas. This applies to family and friends as well as to people you know by name and who would do you a favor. In the city you live with more people, but in many cases you don't even know your own neighbors. “Therefore, there is a tendency towards a lot more social interactions among city dwellers to be negative or at least neutral,” says Meyer-Lindenberg. So you might be jostled or not greeted in the subway. So the social stress is higher.

Meyer-Lindenberg and his colleagues investigated the question of what is going on in the brain using the method of functional magnetic resonance imaging. For this purpose, several volunteers from town and country residents were given arithmetic tasks, for example, which they were supposed to perform under time pressure and critical observation by the researcher. It turned out that the stress system reacted differently in city dwellers, exactly as one would expect it to be based on the diseases that occur more frequently there. In particular, the anterior cingulum and amygdala were more active. “That fits,” says Meyer-Lindenberg. "Because an overexcited amygdala is the common pathophysiological end-line of depression and anxiety disorders."

The good news is: Even a bit of nature can have a positive effect on the soul, as the Mannheim researchers were able to show in a study. To do this, they measured the movement patterns of 85 volunteers using smartphones and GPS. The size of green spaces or the socio-economic structure of the areas concerned were also recorded. About ten times a day, the participants were asked about their mood via smartphone and whether they were alone or in company. In addition, the researchers examined the subjects in the laboratory.

It showed that more green spaces and trees in cities went hand in hand with better wellbeing. People whose prefrontal cortex was not well able to control negative emotions by regulating the amygdala particularly benefited from green spaces. Meyer-Lindenberg's hypothesis: "Presumably, the green spaces enable exactly what these people do not do so well with their brains, namely regulating emotions." The individuals concerned were also more anxious and preferred to stay in the districts where the risk was for mental disorders is increased and in which there are fewer trees. "From our point of view, trees should be planted as a preventive measure, especially where the most needy people live."

Does the modern world of work make you mentally sicker?

In addition to the influence of urbanization, the researchers have also targeted the modern world of work. At least in the media, it is often said that the pressure at work is increasing and that we are under constant pressure to adapt. Indeed, there is evidence from scientific studies that persistent work stress makes mental illness more likely. The risk of anxiety or depression, for example, increases in the course of high workload or unfavorable working conditions.

The Organization for Economic Cooperation (OECD) found in a review in 2012 that low-skilled professions such as service and sales activities often result in a toxic mixture. Accordingly, the combination of high psychological requirements with little leeway in one's own is particularly worrying Decisions. AOK's 2017 absenteeism report paints a similar picture: Employees in the service sector and the health sector, such as in dialogue marketing and care for the elderly, are particularly affected by mental illnesses. And employees in dialogue marketing are most likely to fall into the deep hole of burnout.

According to the biopsychosocial model of mental disorders, a lot has to come together in order for us to become mentally ill. Biological factors such as genetics, psychological factors such as the way we deal with negative emotions, and social factors such as the workplace situation all play a role. Risk factors such as working conditions alone are hardly the cause of mental disorders. "It is too simple to think that the modern world of work makes you sick," confirms the physician and psychologist Michael Linden from the Berlin Charité. It is unclear whether problems in the workplace increase the frequency of depression or, conversely, whether depression leads to problems. "Overall, it depends more on how well a person and their respective work environment fit together."

As important as the search for risk factors for the psyche is, it is not at all clear whether mental disorders are really spreading like an epidemic. There are many indications that this is not the case. With a view to epidemiological studies that record the frequency of mental disorders in the population, the psychologist Frank Jacobi from the Psychological University Berlin says: “With individual mental illnesses there may be fluctuations over time, for example possibly increased depression in younger adults. ”Overall, however, mental disorders have not increased significantly - especially not to the extent that we know from health insurance statistics.

So why do mental illnesses appear more and more frequently on sick leave? The most likely explanation is that the population has increased acceptance and willingness to seek medical or psychotherapeutic treatment for psychological problems. “This does not mean that the incidence of the disease has increased, but the perceived need for treatment has increased,” says Jacobi. And on the part of the supply system, they are now better able than in the past to recognize and then treat mental disorders. As a result, people are more likely to be on sick leave due to mental disorders than they used to be. "In the past, they might have presented themselves to the doctor because of physical complaints such as back pain and would have been written off sick with this diagnosis."

So the psychological disorders may not have increased at all, but are only now receiving the recognition that they were often denied in the past. After long periods of shame and the stigmatization of these diseases, a new age seems to be dawning for psychiatry, from which the patients of the 21st century can only benefit.