Why did Mao start the Cultural Revolution

German witness to the cultural revolution: "The situation was highly politicized"

Susanne Weigelin-Schwiedrzik compares her first visit to China in 1975 with a trip to the moon. It was a step into an almost completely unknown world. Under Mao Tse-tung, the country had largely cut itself off from abroad. The Cultural Revolution had raged for almost a decade.

The cultural revolution had already made an impression on the young woman a few years earlier. During her school days, she spent some time in the USA in the early 1970s. It was just announced there that the Nixon government had established diplomatic contacts with the leadership in Beijing. The US newspapers were full of China and so-called ping-pong diplomacy. The Cultural Revolution was also reported, but in very different ways. In some newspapers and within the student movement, the campaign was seen as groundbreaking. More conservative newspapers reported unimaginable atrocities. "That was the initial spark for me. At that time I decided, I want to learn Chinese now, I want to go to China, I want to see it," says Weigelin-Schwiedrzik, explaining her motivation for going to the People's Republic. "There was the question: which side can I trust in the reports on the Cultural Revolution?"

Cultural Revolution - or not?

Weigelin-Schwiedrzik, today Professor of Sinology at the University of Vienna, traveled to China in September 1975 on a DAAD scholarship. Initially, the group of 15 German students was accommodated at the Language Institute in Beijing, where mainly foreigners studied. Weigelin-Schwiedrzik, however, wanted to get more contact with the locals and was able to move to Peking University in January 1976 after passing a language test. "I had a Chinese roommate there," says Weigelin-Schwiedrzik. "It was customary there at the time for a foreigner to live with a Chinese."

The students from Germany did not come to China with the knowledge that they were ending up in the middle of the Cultural Revolution. At that time, many people in China considered the mass campaign to be over. But there were numerous articles in newspapers and on wall newspapers that denied the end of the Cultural Revolution, called for a new Cultural Revolution or pointed out that the revolution is a permanent process. "The situation at Peking University was highly politicized," recalls Weigelin-Schwiedrzik. "There was not a day on which we did not read the newspaper very intensively." There were then discussions with the Chinese fellow students. "The Chinese students also wrote wall newspapers again and again, but not of their own accord. There was an instruction that all students write about this topic now and now about that topic." 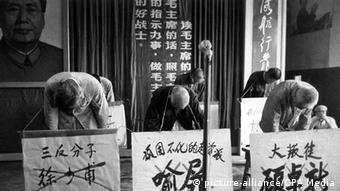 Alleged confessors are put on display

Dealing with the Chinese professors and fellow students initially seemed open to Weigelin-Schwiedrzik. However, this later turned out to be not entirely correct. "Especially when we talked to the teachers, we quickly noticed that we weren't allowed to tell a third person about the content of the conversation," says Weigelin-Schwiedrzik. It didn't necessarily have to be about critical things. In one situation, her group came too late to class because they had previously discussed the role of science in the development of a country with a professor. In the hour that followed, the foreign students apologized and explained that the reason for the delay was the discussion with the professor. "This teacher we had there reported this to her superior and the professor was punished by not being allowed to teach us any more."

In the dormitory, Weigelin-Schwiedrik noticed that her Chinese roommate often cried at night. When asked what made her so sad, the fellow student replied that she was having problems with her studies. It was only after the end of the Cultural Revolution that the real reason emerged: The roommate said her mother had starved to death and that she feared that her little brother had also starved to death.

For years, different political campaigns had been launched, some of which contradicted each other. But the political chaos was not chalked up to either the so-called Gang of Four, the left-wing leadership group that had significant influence on the Cultural Revolution, or Mao Tse-tung. "The Chinese students and we were aware of the fact that there was an argument in the leadership of the Communist Party and it was not clear in which direction it was going," says Weigelin-Schwiedrzik. "But in that very situation, the only thing you thought you could somehow rely on was the existence of Mao Zedong." In the evenings it was customary to watch the news on television in which Mao kept appearing and receiving foreign state guests. The foreigners were not forced into a personality cult around the "Great Chairman". "It wasn't like we had to say any things to somehow ingratiate ourselves there," says the professor. 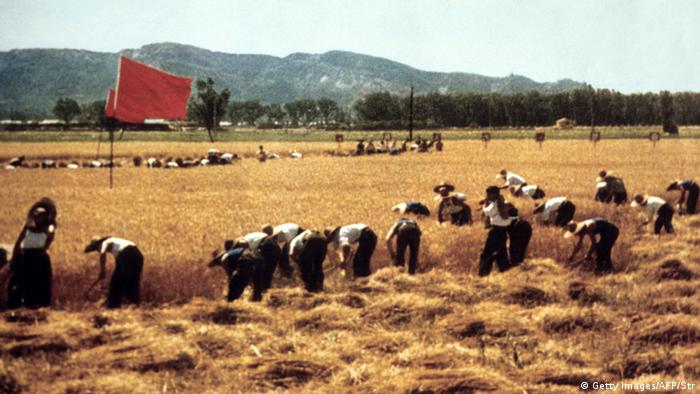 Mao Tse-tung died on September 9, 1976. "People with whom I had spoken critically about Mao before fell into deep despair," recalls Weigelin-Schwiedrzik. The German students made a wreath, which they placed in the mourning hall on campus. Shortly afterwards they received an invitation to the university's immigration office. "Our mentor, who we knew to some extent about what had happened to him in the Cultural Revolution, tried to say thank you and started crying." Weigelin-Schwiedrzik is sure that the tears were real. "The desperation that there was supposedly no one left that one could somehow rely on was the reason for his tears."

The end with Chopin

On October 21, 1976, the gang of four was arrested. Early that morning, all of Peking University's overseas students were put on buses and driven to the countryside. In a people's commune many kilometers outside of Beijing, the young people were dropped off and had to harvest a rice field there. The students did not know about the arrest of the gang of four. In the evening, the dead tired group was driven back to campus. "When the bus stopped in front of the building in which we lived, we suddenly heard Chopin from the loudspeakers and saw that people were dancing in the streets," recalls Weigelin-Schwiedrzik. "It was a huge party atmosphere on campus." The Cultural Revolution was over. After a decade of chaos, violence and insecurity, people breathed a sigh of relief.

After two years in Beijing in 1977, Weigelin-Schwiedrzik left China. "I came home with a clear answer as to whether the Cultural Revolution was a good thing or not," she says, looking back. Your conclusion is critical. "The fact that after October 1976 friends, acquaintances and professors told me in the most drastic colors how people attacked each other has shaped my view of the Cultural Revolution very strongly to this day."