Los Angeles is a depressing place

The scent of the GDR in Los Angeles

Who would have thought? I am reminded twice of the scent of the GDR on the same day - and in the middle of Los Angeles! At one point it even rises right up my nose!

He comes from a control house in East Berlin that is at an intersection in Los Angeles. When you get close you can smell the smell of the GDR that creeps out of every crack: the unmistakable mixture of cleaning agents, dust, burnt coal and depressing oppression. 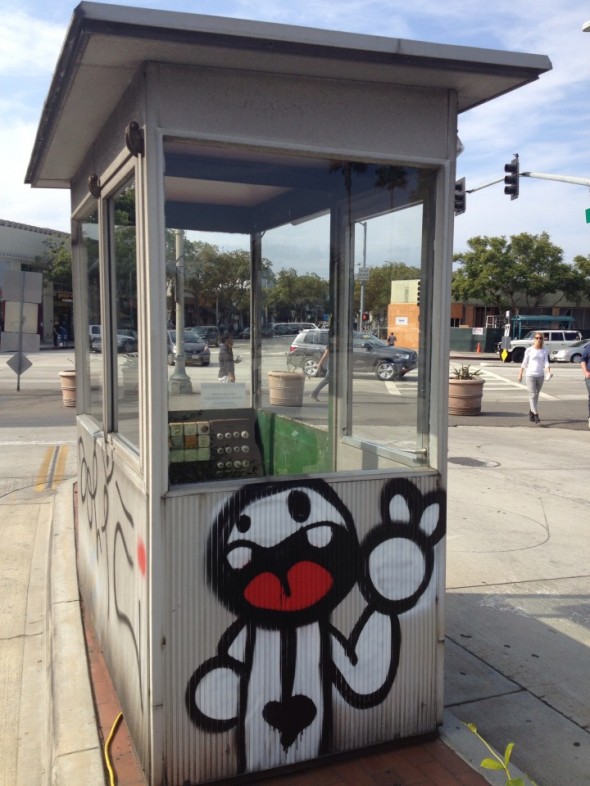 ADN-Pförtnerhaus is the project by artist Christof Zwiener. He saved the house from the metal press and curated several installations in Berlin on two square meters.

It came to Los Angeles through the initiative of the Wende Museum, which has been collecting and archiving flotsam from the former Eastern Bloc states for over ten years. Christof explains: Even after several installations and a container trip, the house still smells of the GDR because it was left unventilated in the parking lot of the former ADN building for over 11 years. The smell had plenty of time to take hold.

On the same day that I inhale this unexpected dose of GDR, the composer, arranger and conductor Chris Walden from Hamburg tells me about this “scent”. Walden has been in Hollywood for 18 years and now works with the biggest in the music scene, from Barbra Streisand to Michael Buble. He has just released a CD with his own big band Full On! ’. At the same time he arranges songs for Stevie Wonder and Josh Groban and a few weeks ago he conducted a self-composed arrangement for Neil Young's first orchestral record.

And why does Chris Walden still have that GDR smell in his nose?

In the 90s he arranged and conducted with the RIAS Big Band. They always worked in the studios in West Berlin until the RIAS - broadcasting in the American sector - was merged with East radio stations in 1994. Then it went to Karlshorst, in the rooms of the Nalepastrasse. A ghost town where the band played their pieces between cobwebs, broken windows and this very smell.

On November 8th there will be a big party at the Wende Museum to celebrate the fall of the Berlin Wall. There is also the ADN gatehouse in the back yard. I will lure as many as possible and ask them to take a deep breath: That was the smell of the GDR.