Where is forced labor most common?

Millions of people were forced to do forced labor for the Nazi regime during the Second World War: in the occupied and annexed states of Europe as well as in Germany. Millions - women, men, children, old people - have been kidnapped, deported, barracked in camps, and millions did not survive.

In Tübingen, too, forced laborers were part of the 'normal' everyday picture. In agriculture, in industry, in university hospitals and also in private households, these people were employed as workers.

The freight yard is more than a footnote in the city's history, more than a testimony to the crimes of the Nazi regime in Tübingen; it is also a real place of remembrance for European history, for collective and individual experiences that could hardly be more different.

The exhibition - Forced Labor in Tübingen and South Wuerttemberg

In the southern Wuerttemberg area, there is still no presentation on the system of Nazi forced labor, such a large-scale state and social crime that it still affects the relationship of many European neighbors to Germany to this day.
That is why the Association Learning and Documentation Center on National Socialism (LDNS) has set itself the task of doing this work on history and remembrance through research projects, documentation and exhibitions.

In the planned learning and documentation center, the following topics on Nazi forced labor are to be presented didactically in part of the permanent exhibition:

The themes of the exhibition in the LDNS 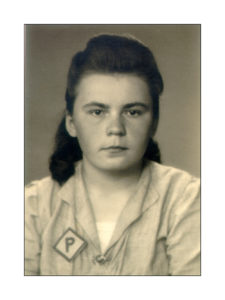 Forced labor is mostly associated with large industrial companies. In fact, however, forced laborers were also used in Tübingen and the region.
The profiteers were not only industrial and agricultural businesses, but also social and medical institutions (university clinics), and even private individuals.

The term 'forced laborer' is not a term used during the Nazi era. As a rule, euphemisms such as 'foreign workers' or 'eastern workers' were used. The later term “slave labor” is based on the recruitment and legal status of the people: slave laborers had no rights.

Shortly after the change of power, National Socialist Germany was prepared for war through measures in the private and public sectors. As in Tübingen, fire protection walls with observation stands were built in the freight yards.
Thirty Soviet prisoners of war were deployed in the Tübingen freight yard. Until then, it had been the job of the company to send workers to load and unload. Now the sales of goods should be accelerated and therefore there should be a permanent work command, which was also available during the night.
The guards had to take up an elevated position. It is very likely that they used the observation stand to do this.

Most of the forced laborers employed in Tübingen were housed in camps, which were mostly communal. They were also separated from the population in smaller villages. They were picked up in the morning from the camp and transported to the locations where they were used.
The prisoners of war were subordinate to the Wehrmacht and came from the main camps ("Stalag") in Ludwigsburg and Villingen. They were housed in their own camps in the city (e.g. "Sidler camp"). The guards, who also came from the Wehrmacht, were provided by the Villingen main camp.

In agriculture, slave laborers were generally better cared for than in industry, but there too they had no rights. They were not allowed to be in the city on public holidays. Mostly they met outside of the city, e.g. B. on the Hofgut Eckhof southwest of Tübingen. There are only a few contemporary photographs of work processes, but numerous later reports on the type of forced recruitment and life abroad.

The treatment of the forced laborers depended on the respective location, the commitment of the company, the country of origin and in particular on the “status” (“racial” criteria) of the people. The catering of the so-called 'Eastern workers' was often inadequate. Prisoners of war from Eastern Europe were also at a lower hierarchical level than prisoners from Western Europe. Some groups of forced laborers received wages; however, the Soviet prisoners of war in the "Sidler camp" only received the so-called "camp money". They were forbidden to have any contact with the population.

Prisoners of War and Forced Laborers on the 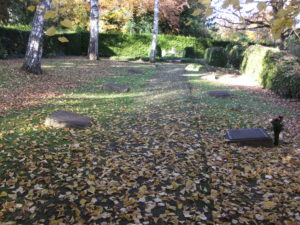 Not only the prisoners of war but also the forced laborers were forced to work with corporal punishment, the employers were even required to do so. There was an absolute ban on contact with the German population, especially with women. Anyone who violated this could be punished with death. Their corpses were often used for courses by the Anatomical Institute of the University of Tübingen. The remains of many murdered forced laborers and prisoners of war are buried in grave field X of the Tübingen city cemetery.

Not all forced laborers were returned to their homeland immediately after 1945, but remained in the camps as so-called 'Displaced Persons' (DPs). During this time there were sometimes conflicts with the German population and property crimes. Such incidents had an impact on the (non-) perception of the injustice committed. 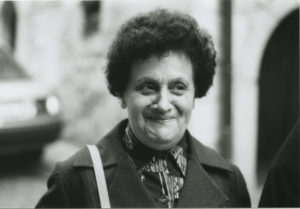 Some of the former forced laborers stayed in Germany voluntarily. The vast majority, however, have left Germany. There was no compensation for the forced exploitation.
Only very late, after decades of taboos, trivialization and repression, the crime was confronted, so that it was - too late for many? Since the 1990s there has been compensation - gestures of a reparation policy - for the former forced laborers.