Should ICOs be regulated

Regulation of ICOs in Germany and internationally

The opinion that can still be found in the crypto scene at Initial Coin Offerings (ICO), if it were an unregulated form of raising capital, it was facing increasing headwinds from international regulatory authorities. The supervisors of many states have made it clear through public statements that the regulation of ICOs could have regulatory consequences not only for future projects, but also for ICOs that have already been carried out.

The Federal Financial Supervisory Authority responsible for capital market supervision in Germany (BaFin) has not yet commented publicly on the regulatory treatment of ICOs. However, it is very likely that it will not leave the sometimes very successful financing rounds through crypto tokens unattended and that at least some token types will be based on the relevance of the German capital market supervisory laws.

In this case, the legal opinion of BaFin would be applicable to future as well as to already implemented ICOs, since this would not be a change in the law, but only the public announcement of the legal interpretation of BaFin.

The People’s Bank of China chose the big solution at the beginning of September 2017 and prohibited any form of raising capital through ICOs because this form of raising capital would entail a high risk of fraud. At the end of September 2017, the South Korean FSC (Financial Services Commission) followed suit with its comprehensive ban on the implementation of ICOs. As a justification, the authority stated that ICOs would violate existing capital market laws.

It is questionable whether the authorities could stick to this strict stance should ICO financing be established in accordance with the law on an international level. If the ban persisted, China and South Korea would be excluded from this technical achievement in the long term.

The USA, Russia and Switzerland consider existing regulations to be sufficient

At the end of July 2017, the US SEC announced that some of the tokens issued as part of ICOs could be classified as securities. Russia followed suit at the end of October 2017 when the Kremlin issued decrees that ICOs should be treated like IPOs (Initial Public Offerings).

Particularly interesting is the statement by the Swiss FINMA (Swiss Financial Market Authority) published at the end of September, according to which the authority assumes that some of the many ICOs carried out in Switzerland may have violated Swiss financial market regulations. In particular, FINMA wants to examine compliance with the provisions on money laundering prevention, banking and capital market supervision and securities trading.

This approach would further enable the raising of capital through ICOs as long as the respective organizer of the token sale (i.e. the sale of the newly created currency) adheres to the existing regulations.

Regulation of ICOs will prevail internationally

It is to be expected that both BaFin and other international supervisory authorities will comment on the regulatory treatment of financing rounds via ICOs in the near future. The most promising approach is to include ICOs (as far as possible) under the applicable regulations, so as not to hinder this new form of capital procurement from becoming a sensible and appropriately regulated alternative for the Corporate finance to become.

Equipped with appropriate regulation, the advantages of raising capital through ICOs such as low transaction costs and the comparatively uncomplicated conception and implementation of classic equity participation models could possibly overtake them.

Our experienced lawyers will be happy to answer any further questions you may have about the regulation of ICOs. We are looking forward to your contact! 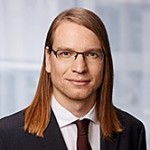 Attorney Benjamin Kirschbaum works at our Berlin office primarily in the areas of blockchain and cryptocurrencies as well as general civil law, administrative law and church law / religious law.