The British aren't good at cooking

Is English food really as bad as its reputation? 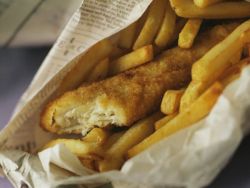 Let's think of english foodSo come one first of all Fish & Chips that are served in a newspaper bag dripping with fat. After that, nothing comes for a long time ... In general, British cuisine is very greasy, hearty and bland. But you do it wrong, because it is amazingly versatile, apart from the aforementioned fish & chips.
In the 19th century, English cuisine enjoyed a high reputation and was valued as “cuisine anglaise” even by the discerning French. Because of the numerous colonies, the British got more exotic spices than other nations. After the loss of the colonies, English food also lost its importance. Later, thanks to immigrants from India, China and Africa, it was able to regain popularity. Today, celebrity chefs like Jamie Oliver in particular provide exciting new interpretations of traditional dishes and thus make them popular again. 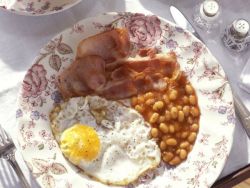 The British have a hearty start to the day. Anyone who has ever stayed in an English hotel and had breakfast there will know it - the typical one full english breakfast. The smart ingredients of the morning meal include scrambled eggs, grilled tomatoes, grilled mushrooms, white beans in tomato sauce and porridge. Bacon, toast with salted butter and the associated sausages, which are actually eaten in the morning, are less healthy. 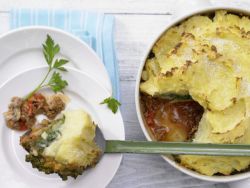 Potatoes are a particularly important food in British cuisine. Aside from the greasy chip variety, they are called Baked potatoes served or made into a pulp. If we consider mashed potatoes to be more of a children's or sick meal, many dishes in England are prepared with mashed potatoes. Mashed potatoes are not only served with fish and meat, but also used for various pies. For Cottage pie, shepherd’s pie or Fisherman’s Pie minced meat or fish is seasoned and cooked with vegetables. The mixture is then placed in a fireproof bowl, covered with mashed potatoes and baked in the oven. Why are pies healthy? The potatoes provide plenty of potassium, the meat provides valuable protein. 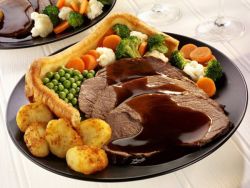 Sunday Roast refers to an English main course that is often served on Sundays and consists of roasted or braised meat with side dishes. When it comes to meat, whatever tastes good is allowed: roast beef, pork, lamb or chicken. The vegetables are usually chosen seasonally, but carrots or peas are often served on the plate. A typical side dish is considered to be Yorkshire puddingmade from batter. So that the pudding gets its characteristic hollow, it is poured into small muffin molds and baked in the same oven as the meat. The gravy drips into the pudding and gives it an additional, hearty aroma. Is easy Sunday Roastespecially because of the greasy gravy. But if it's only consumed once a week, that's okay. And now there are also numerous vegetarian and low-calorie versions of the classic. 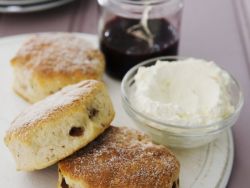 Drinking tea has a long tradition in England. This developed as early as the 17th century and was promoted by Queen Anne, who preferred to drink tea rather than beer soup for breakfast. In the years that followed, tea consumption grew to such an extent that a cup was drunk on almost every occasion. Whether in the morning, at noon, in the afternoon or in the evening. Of course, typical English food is served with Earl Gray & Co. Scones are a popular pastry, although according to tea etiquette, they are not cut in half, but broken. They are usually made from wheat, barley or oat flour and, thanks to baking powder, get their almost spherical shape. By adding eggs and sweet cream and carefully mixing the ingredients together Scones a special consistency. The pastries are eaten with tea in the sweet version with jam and above all clotted cream, a type of cheese spread. But savory varieties with herbs or salmon are also popular.