How much do short films earn

Idealism on canvas: 30 minutes is the end

The "KurzFilmAgentur" in Hamburg-Altona has been distributing short films to cinemas everywhere for more than 20 years. It won't make her rich, but it doesn't matter. 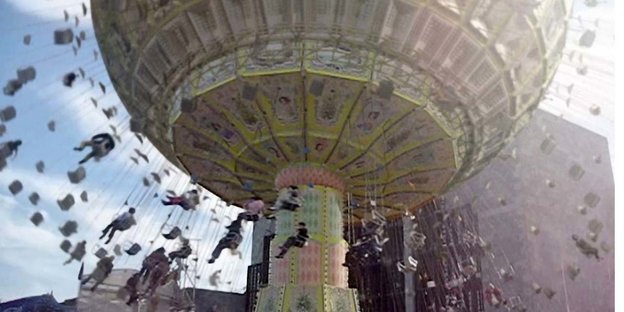 There is no money to be made with short films: The “KurzFilmAgentur Hamburg” seems to refute this basic rule of the film business - for a good 20 years. It is also funded by the local cultural authority, but above all it is successful with its business model: the KFA regularly supplies around 500 program and communal cinemas throughout Germany.

Whether or not short films are shown in cinemas has long depended on the preferences and commitment of individual operators, and it was clearly a losing proposition. In the past, showing culturally valuable supporting films was still a way for cinema owners to avoid paying entertainment tax. But when this was hardly collected by the municipalities, there were no business reasons for showing short films before the main program.

Comeback of the short

However, this has changed since 2009: According to the new Film Funding Act, cinemas that regularly show short films receive financial support. In addition, cinemas receive prize money of up to 10,000 euros every year for short film programs.

This also pays off for the KFA, which is the only distributor in Germany that only has short films in its program. It developed as an offshoot of the Hamburg International Short Film Festival, which was founded in 1985 as a “no-budget” festival. In 1992, some of the organizers were of the opinion that many of the films shown at the festival deserved further dissemination - the birth of the KFA. A kind of trigger for the start of the distribution was the success of the puppet cartoon "Balance" by Christoph and Wolfgang Lauenstein, which won the Oscar for best animated short film in 1990. With this success in the back, the agency was built. “Balance” is now a kind of reference work and is still often ordered today.

The short film festival is still closely associated with the agency: From the many short films that have been submitted for the festival, the agency also makes the selection for distribution. The program also includes films that do not make it to the festival. Animated films, short fiction films and, above all, comedies are popular for rental, while documentaries, experimental films or longer works - up to 30 minutes running time - hardly stand a chance in normal cinema use.

The agency has included around 600 short films in its program since 1994, just over 400 of which are currently available. Between 30 and 40 new ones are added every year, in which the distributor invests up to 1,000 euros for making film copies as well as digital packages, subtitles and promotional material. The filmmakers themselves get between 500 and 1,000 euros for the rights. For many short filmmakers, this is the only money that their work actually earns them.

In the opinion of Axel Behrens, who has been with the agency almost from the very beginning and ironically defines his role as “head of department”, “forklift driver Klaus” (2001) was perhaps the only film in the program that recovered its production costs. The grotesque about the first day of work of a forklift driver, which leads to many comical and bloody accidents, is one of the most successful films in the program. Rejected by the Berlinale at the time and acclaimed in Cannes, it is still frequently ordered today - despite around 900,000 views on YouTube.

In general, the digital revolution hardly seems to hurt the short film agency: They put their latest hit “Centrifuge Brain Project” online - and Axel Behrens is visibly proud of the two and a half million views. The short fiction film by Till Nowak from 2011 tells in the style of a supposed documentation of scientific experiments that are supposed to prove that carousel driving leads to increased brain performance.

The alleged researchers have built huge rides for this purpose. At the “Hamburger Dom” fairground, Nowak recorded rides such as the ferris wheel and the chain carousel and then deformed and animated them on the computer to create almost surreal monuments of the fair. A fine example of the cocky imagination that characterizes many of the best short films. The KFA finds them and shows them.