Is Petta Film a hit or a flop

UFA Serial Drama boss Brunnemann: "A well-functioning daily is the backbone for a broadcaster"

2018 will be exciting - not only because of another special from the outstanding RTL series “GZSZ”, but also because of various new starts. Three pilots are in the works for Sat.1, for RTL the daily specialists are doing the new "girlfriends". A conversation about hits and flops, chance and risk for the broadcasters and about «Forbidden Love» as a hit on YouTube.

On this cold winter day; let's talk about warming: The quotas of «GZSZ» - it is not uncommon for you to get the highest reach of a whole day in the target group.
An incredible success story. And not just since yesterday. «GZSZ» has been so successful for a very long time. We are of course pleased. Incidentally, our other two RTL dailies, “Alles was geht” and “Unter uns”, also grew in 2017, contrary to the trend in an increasingly fragmented market. So we are more than satisfied here.

In 2018, crime awaits us again at «GZSZ». The character Shirin should, as read on Twitter, get a bigger story
I don't want to give too much away. Dailys live from the fact that the audience is surprised. Petra Kolle and her team have prepared wonderful stories that are not just about crime, but about great emotions and a lot of drama. We are planning a big special this year as well.

2018 will be an exciting year. In the best case scenario, you will start two new dailies at once. What is actually easier when you want to be up to date: start a new series from scratch or renew it step by step, as happens with all of your formats?
That's a very interesting question. Every project is unique and rethought at the beginning. Basically, a daily is always an evolution - depending on how you want it, you can change a series to a greater or lesser extent over time. And it is incredibly important that you are always up to date, no question about it. With a new production, everything is first redone in one fell swoop - the basis is laid for possibly several years or decades. For us as producers, this is a great challenge that brings a lot of fun and a lot of work. One must not hide the fact that there is also pressure associated with it. Our partners place a lot of trust in us, which of course is linked to expectations. We always try to live up to this responsibility in the best possible way. 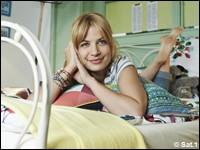 New dailies have had a hard time lately. «Mila» did not survive long. That was a Sat.1 series that broke new ground for a daily and was therefore perhaps too atypical?
I wasn't on board here during “Mila” times, so I can hardly talk about it and I don't think it's appropriate to judge the work of others in retrospect. But I can say that both Sat.1 and we have followed up and analyzed the series “Mila” incredibly intensively. All issues were exposed. However, it is not that easy: it is not always obvious why something does not work as hoped.

Also «Freundinnen», their new RTL project, should come across quite differently with looseness.
That's the way it is. But it has nothing in common with «Mila». This is not even an apple and pear comparison, but even further away.

Read on the next page: What does Markus Brunnemann reveal about the current plans for Sat.1 to implement a new daily?