A government collapse is possible in America

One could almost feel sorry for the SPD. For weeks, the comrades around Olaf Scholz and Andrea Nahles watched impotently as their coalition partners from the CDU and CSU almost dismantled themselves. They urged reason. They warned of the unforeseeable consequences a failure of the government would have. They even submitted their own five-point asylum policy. But in the general thunder of cannons all of this went unheard. And then the Chancellor, who is also the head of the CDU, and her interior minister from the CSU reached an agreement literally at the last moment, after they had almost torn up the coalition and massively damaged trust in politics as a whole. In order to then slam the Social Democrats in front of their compromise and at the same time put the pistol on the chest of the comrades - according to the motto: Now agree.

Once again, the SPD is trapped: if it agrees, the party reveals its previous position, which it had written into the coalition agreement just a few months ago. There is only talk of a European solution. It was agreed on the introduction of the so-called anchor centers. But closed reception centers for refugees, which are equivalent to fenced camps, as it has been said time and again in the past, cannot be done with the SPD. And the party leader underlined that again today. 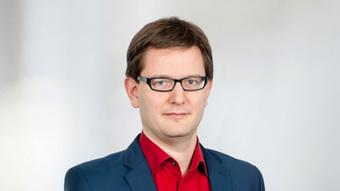 If the SPD rejects the compromise within the Union, the government crisis, which has just been painstakingly puttied, is likely to break out again with full force. But this time with a new direction of impact. Because suddenly the Social Democrats would be the ones who would be blamed for it. A break in the coalition would possibly result - and new elections, which the SPD, which is in the long-term low in the polls, shies away from holy water like the devil.

Andrea Nahles is therefore laboriously looking for a line that calms both her own party members and her own electorate. Because while the left wing of the SPD and most of the officials and mandate holders are storming against the Union compromise, a majority of Germans - including the SPD voters - are now in favor of a stricter stance in refugee policy. So can the SPD even get out of this number without losing face?

One could almost feel sorry for the SPD. Because she is a bit like the main character in a Greek tragedy: no matter what she does - in the end she cannot stop her own decline. Aeschylus, Sophocles, Nahles - the names alone sound as if they somehow belong together.

At the beginning of the year, the SPD was faced with a similar dilemma - after the failure of talks on a Jamaica coalition. SPD chancellor candidate Martin Schulz had promised full-bodied: Under Angela Merkel, the SPD would no longer join a grand coalition. But suddenly Germany was left with no government option - and even then the Social Democrats had to decide: Will they stick to their no to the grand coalition? Or are they still struggling to take on government responsibility?

The result is known. Many SPD members voted with clenched fists in their pockets to join the Groko, on the one hand for reasons of state, but on the other hand mainly because of the (well-founded) fear of new elections. And so it will probably turn out this time too. There will probably be a couple of changes. But in the end Andrea Nahles has to swallow the toad that the Union parties throw her with a clenched fist in her pocket. It is the least bad of all possible options for the party.

And yet the impression that continues to settle in the population will be devastating: The SPD is and remains consistently inconsistent. The decline of the once proud People's Party will continue. With all the undisputed mistakes that the party has made before, the same thing remains: One could almost feel sorry for the SPD. But a party has never been elected out of pity.

You can leave a comment below this article. We look forward to your opinion!