How many people speak English in Brazil

The official language in Brazil is Portuguese. Here you can find out why that is the case, which languages ​​are still spoken in Brazil and why there are differences in Brazilian Portuguese. 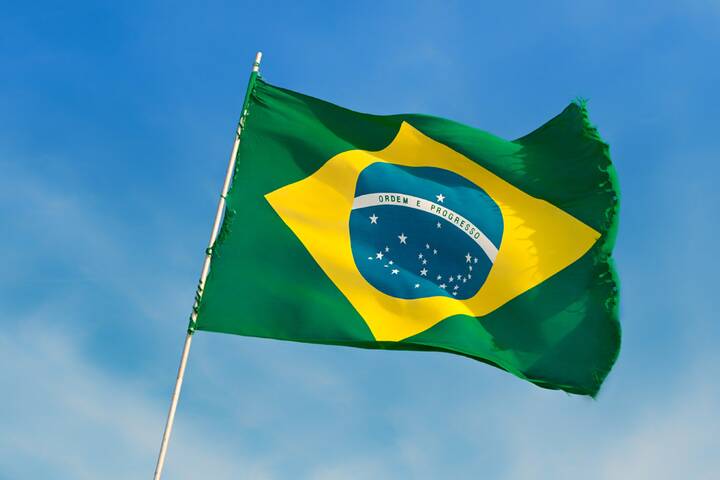 Brazilian or Portuguese - the national language of Brazil

Over 250 million people around the world currently speak Portuguese. This makes it the 9th most spoken language in 2020. Portuguese is the official language in Brazil and at least 98% of the Brazilian population can speak it.

Why do they speak Portuguese in Brazil and not Spanish, as in all other countries in South America? The answer to this can be found in the "Treaty of Tordesillas" from 1494, which was concluded between the two great powers of that time, Portugal and Spain.

Both nations were looking for the sea route to India. The Portuguese explorers drove along the west coast of Africa, Christopher Columbus set sail for the Spanish crown - and, as is well known, landed in America.

In order to avoid conflicts, it was decided to simply "divide up" the world. It was that easy back then. In the already mentioned "Treaty of Tordesillas" a border line was then drawn across the South American continent. The greater western part got Spain, the eastern part - parts of today's Brazil - went to Portugal.

When the first Portuguese landed in Brazil in 1500, they quickly began to establish Portuguese as a language. Although the indigenous people retained their own languages ​​until the ban in 1775, Portuguese became the official language across the country.

Over the years, more and more Portuguese settlers settled in Brazil and many indigenous people also adopted the language of the conquerors more and more frequently.

Portuguese: differences between Brazil and Portugal

If you compare the population of both countries, you can see that the Brazilian Portuguese is spoken by significantly more people than the European variant.

Over the centuries, ever greater differences between the two variants developed. In Brazil, Portuguese also mixed with some native expressions. The biggest differences are found in pronunciation and grammar.

Although the differences between European and Brazilian Portuguese are sometimes quite large, it is still a language with a lot in common. So if you want to learn Portuguese, you should clarify in advance which variant you will use more often.

Before colonization by the Portuguese began in the 16th century, there were an estimated 1,270 indigenous languages ​​in what is now Brazil. Three quarters of them were completely wiped out within just 500 years.

Unfortunately, many of these languages ​​are seriously threatened with extinction. By 2030, another third of Brazil's indigenous languages ​​could have disappeared.

In the eastern parts of the country in particular, the native languages ​​are almost extinct. In the border area with Paraguay there are still some people who speak Guaraní as their mother tongue. This is because the Jesuits in this area protected the culture and language of the indigenous people, so they have been preserved to this day. In the Amazon basin there are some tribes who have had little contact with western civilization until today and whose languages ​​have been preserved as a result.

The foreign language skills of the Brazilians

The majority of Brazilians are descended from immigrants from other continents. However, these are not only Portuguese, but also people from many other countries around the world. Over the years, they were able to retain their original languages ​​in many areas.

Especially in São Paulo, the largest Portuguese-speaking city in the world, there are large Japanese, Italian, Chinese and Jewish communities.

If you are traveling in Brazil and do not speak Portuguese yourself, you have to hope that the Brazilians will be able to speak foreign languages. In big cities you will always meet people who speak understandable English or Spanish, even in hotels and other places of tourist importance you can assume that you will be able to make yourself understood.

However, it becomes more difficult in smaller places. For this, it is advisable to either learn a little Portuguese before the trip (which can never hurt) or you look for a local guide with whom you can communicate.

One or the other vacationer is quite surprised to find that in Brazil no Spanish is spoken but Portuguese. And if you are still of the opinion that every Brazilian can also speak Spanish - because after all, he is also a South American - then you are very mistaken.

Just under 4% of the Brazilian population also speaks Spanish. Especially in the border areas with Spanish-speaking countries. In the states of Rio de Janeiro and São Paulo, learning the Spanish language is compulsory. In recent years, Spanish has also become more and more popular as a second or third language.

The largest linguistic minority in Brazil has German as their mother tongue. In several regions of southern Brazil, German is even the official second official language and in some regions German lessons are compulsory at school.

With over 3 million speakers, German is the second most widely spoken first language in Brazil. Most speak their own dialects known as Brazilian German. They include, for example, Eastern Pomeranian and Hunsrückisch. Hunsrück German has been so strongly influenced by Portuguese and several indigenous languages ​​that it has its own sound and vocabulary.

Municipalities with German as the second official language are Antônio Carlos in Santa Catarina and Santa Maria do Herval in Rio Grande do Sul. There are still compulsory German lessons in the communities of Nova Petrópolis (Rio Grande do Sul) and Blumenau (Santa Catarina).

English is still not as present in Brazil as other foreign languages. Only 5% of the Brazilian population were able to communicate in English in 2019. This low value is mainly due to the inadequate range of language courses that are either poor or too expensive.

Thanks to the new opportunities to improve your language skills on the Internet with the help of apps, online lessons and social media, the number of English-speaking Brazilians could increase significantly in the next few years.

Japanese in Brazil? What sounds unusual is due to the heavy immigration of Japanese at the beginning of the 20th century. Many members of the relatively large Japanese-speaking community now live in São Paulo, especially in the Liberdade district.

The descendants of the Japanese immigrants now have a major influence on Brazilian culture. Especially in gastronomy, art, sports and even religion.

In addition to the Japanese, there are also immigrants from Korea and China, mainly in the states of Paraná, Mato Grosso do Sul and Amazonas.

Italian is hardly spoken in Brazil, but Talian (or Brazilian-Venetic). Have you never heard of Talian? It is a dialect of the Venetian language that is mainly spoken in Rio Grande do Sul in southern Brazil. The number of speakers is estimated at around 500,000.

Why this rare dialect is spoken in Brazil is due to the immigrants from Italy at the end of the 19th century. These came primarily from today's Veneto, where at that time not Italian, but Venetian was spoken.

Over time, Venetian mixed with other dialects of the Italian immigrants and Portuguese, creating a unique dialect that can only be found in southern Brazil.

There aren't many Brazilians who speak French. The state of Amapá in the north of the country is an exception. This borders on French Guiana, which leads to many contacts among the population. The number of French tourists in Amapá has also grown steadily in recent years.

The French language is now compulsory in local schools.

The sign language in Brazil is called Libras. It is not just a translation of Portuguese, but a separate, independent language.

It is officially recognized by the Brazilian government and used for communication by approximately 5 million people in the country.

Portuguese on vacation in Brazil

When you travel to Brazil, communication is also an important issue. On the one hand, it is important that you can talk to the staff in the hotel and, even if you want to go on excursions, it is very important to be able to communicate well in order to always reach your destination.

In addition, it is always interesting to talk to the locals. This is especially true for a country whose culture has as much to offer as Brazil. In a pleasant conversation with the locals, you can learn so much about their lifestyle.

You can choose whether you want to learn Portuguese offline, online, or a combination of both.