Do you want to marry a non-working girl

As you know, women's emancipation is a bit like democracy: you are not really aware of what you have already achieved because it is so natural once it is there.

Even if we are still a long way from achieving complete equality, the legal situation of women in this country has improved considerably over the past 50 years. So allow me to take a look back at International Women's Day on March 8, 2018! Mind you, this review is not about Arab Sharia law, but about the German Civil Code, not even 50 years ago!

No account without the consent of the spouse
“When I was at the bank, the so-called“ secret saving for housewives ”was still forbidden,” says an old-school banker. At the time, it was intended that the housewife should not scrap any of the household money in order to deposit the groschen thus saved into her own account. Only since 1962 have women in Germany been allowed to open their own bank account.

Married women were not allowed to make major purchases
Also in the 1970s women were only allowed to make everyday goods, but not larger purchases such as furniture, musical instruments, etc. Here is a story from my own family: My mother once bought a piano - it must have been in the 1970s Years. The movers dragged the heavy instrument to the second floor of our house. But the instrument seemed too bulky to my parents. My father then explained to the piano shop that he had not agreed to the purchase. The dealer was allowed to send his people back to pick up the piano. The purchase price had to be refunded in full by the dealer because he had bought my mother's piano without my father's consent. In order to buy an expensive musical instrument, of course, the head of the family - that is, the husband - had to agree. If not, the sales contract was utterly null and void. In the case described this was practical, but otherwise this regulation put the wife on the same level as underage children.

Men could simply terminate their wives' employment contract
Even if a married woman in our mothers' generation wanted to work, she was only allowed to do so with the consent of her husband. Helma Sick writes about this in her book “A man is not old-age provision”: “Even in my generation (born 1943), some of it was still valid. Although a few more girls went to high school, it became common to have vocational training in order to be able to work at least until you were married and had children. But my husband could also have terminated my employment until 1977. "

At that time, the “woman's first duty” was housekeeping. Therefore, the man wanted to let the man decide whether he would agree that his wife could not keep her back free and not take care of the housework quite as intensively when she was at work. So at that time he was considered to be the one to suffer! Women have only been allowed to sign an employment contract independently since 1977 - even if they are married!

Blue stockings and "Miss teacher"
This dependency was applicable law, although women had been able to have an equivalent education for a long time. After all, since 1901 women in Baden have been allowed to enroll at a university under the same conditions as men. In 1908 Prussia followed suit with the “Prussian Girls' School Reform”, which made regular training and admission for girls to high school and university courses possible. Nevertheless, female students were ridiculed as "blue stockings" until the 1950s and 1960s and they were whistled after in the lecture hall.

Perhaps a look back at the 1950s: Until 1951 there was the so-called female teacher celibacy - in Baden-Württemberg it was even valid until 1956. According to this, teachers should not marry, but instead devote themselves entirely to their educational tasks in chastity. If a teacher did get married, however, it could not only cost her the job, but also the old-age pension she had accumulated. “For middle-class women in particular, employment was only viewed as bridging the transition period up to marriage and motherhood,” writes the Betzold blog for teachers. There is also a list of rules for teachers in the city of Zurich from 1915. Among other things, you can read there that teachers are not allowed to wear light-colored clothes, visit ice cream parlors or leave the house between 8 p.m. and 6 a.m. Yes, my goodness, where would we be if unmarried teachers wanted to take part in cultural events after 8 p.m. or even want to have fun!

Incidentally, female civil servants could also be dismissed in the event of marriage - this is what the Provisional Federal Personnel Act of 1950 provided for. The same applied to nurses until after World War II. As student nurses, they even had to live in barracks in the nurses' home. However, this was also due to the fact that at that time the majority did not come of age until the age of 21 and therefore student nurses were often not yet of legal age; so it was tantamount to boarding school accommodation.

A woman's body partly also belonged to her husband
A friend from the financial sector was able to add something to the collection of such legal principles, which today seem bizarre: "I still remember: When I wanted to be sterilized after the birth of my third child, the operation was only carried out after my husband had given his written consent." wonder if she would have had to consent if her husband wanted to be sterilized.

It was not until 1998 that the “wreath money” clause fell!
After all, men these days can no longer be sentenced to payment for the “crime” of pre-marriage sex. When I had to do the BGB certificate for my business administration studies, we learned that the “innocent bride” should be compensated in money if the fiancé does not marry his bride after all. Compensation was made for the “damage that was not financial damage”, as it was shamefully expressed in the BGB. During their studies, lawyers always had great donkey bridges to memorize the paragraph numbers. This was about §1300 BGB, and the Eselsbrücke read: "The Holy Spirit looks astonished, Mary laments thirteen hundred." This paragraph was only repealed by the Marriage Law Act of May 4, 1998 and deleted from the BGB.

Isn't it nice to see that a lot of old braids have already been cut off? But if you stop, you will be thrown back by the current. We should therefore continue to work on equality between men and women in the financial sector! 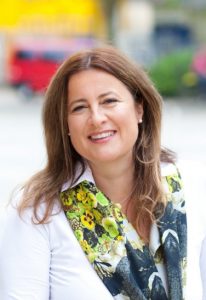 This comment reflects the opinion of fund manager Anke Dembowski.