What doesn’t belong to the pizza

Pizza has a bad rap: greasy, unhealthy, bad ingredients. Right? "Health!" does the pizza check - and goes in search of a healthy pizza that tastes good.

Germans consume around 950 million frozen pizzas a year - that's around twelve pizzas per person. Homemade pizza, not counting the one from the Italian next door or the pizza service. For many, pizza is the absolute favorite food. The most popular variety: pizza salami. Is that bad? How unhealthy is pizza really?

Nutritionist Daniela Krehl from the Bavarian Consumer Center takes a closer look at the ingredients of frozen pizza salami: 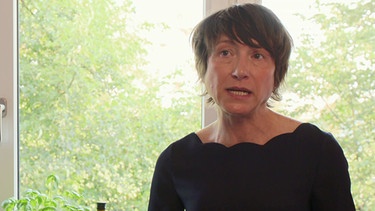 "The pizza salami consists of white flour bread with a lot of carbohydrates, but without fiber and with not very many vital substances. Salami and cheese as toppings are very high in fat. That quickly increases the calories." 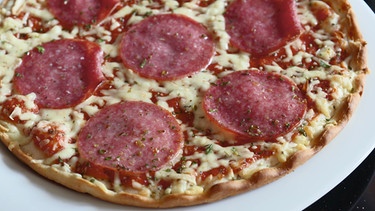 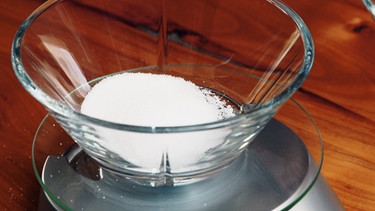 Lots of salt in a salami pizza

The situation is similar with sugar: a woman should eat a maximum of 24 grams of sugar per day on average, a salami pizza weighs just under ten grams. A pizza even completely covers the daily salt requirement of five to six grams. In the case of fat, it is 65 percent of the daily requirement - with 44 grams per pizza. In particular, the saturated fatty acids are noticeably high.

More fiber in the pizza

If it has to go quickly, the frozen pizza is still often on the table. That is why Elisabeth Miehle is experimenting at the Fraunhofer Institute in Freising to make frozen pizza healthier. It enriches the dough with fiber. 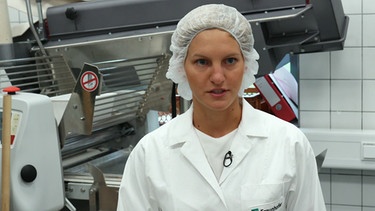 "The flour in normal standard dough has around two percent fiber. The dough that we are now enriching with fiber has just as high a fiber content as wholemeal flour, namely at least six percent."

Dietary fiber can reduce the risk of colon cancer

A food with a fiber content of six percent or more can be described as high in fiber. For a pizza weighing just under 300 grams, this results in fiber of around 18 grams. 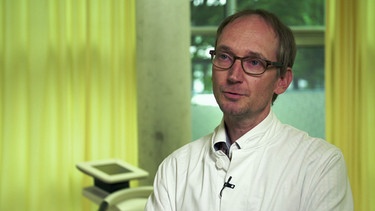 "On average, the German population consumes around 20 grams of fiber per day. According to the German Nutrition Society, it should be at least 30 grams. We hope that the addition of fiber will have a positive effect on the fat parameters in the blood and thus that To positively influence the risk of colon cancer. "

With a fiber-enriched frozen pizza you could cover more than half of the daily requirement.

Challenge: healthier and yet the same

The challenge in developing the healthier frozen pizza: The texture must not change, for example the extensibility and hardness of the dough. 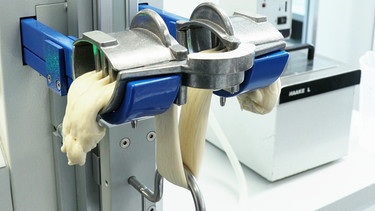 How stretchy is the pizza dough? This is what this machine tests.

"On the one hand, this is important for the industry, so that the dough can be processed in the same way. And it is also important for the consumer so that he can handle the dough as usual: That it rises just as well, that he can roll it up just as well The dough is not much stickier or drier. The dough should taste and look just like the normal standard dough. If it were different, the consumer could be irritated. Then the new pizza will not be bought in the end, even though it is healthier. "

The study on the fiber fortification of frozen pizza has been running for around three years - the new pizza has not yet been on the market.

A pizza is even healthier if you make it yourself. Daniela Krehl has tips for baking pizza at home. 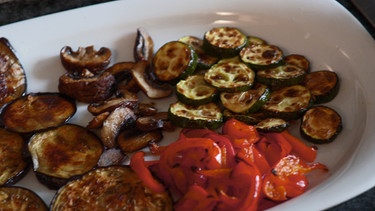 "Of course you can also make pizza as a superfood by using wholemeal dough. It provides us with a lot of fiber and minerals, especially iron and zinc. Boil the tomato sauce from fresh tomatoes - it provides lycopene - a secondary plant substance that is bursting with vitality and can help prevent cancer. If you use less cheese, the pizza has less fat. Especially if it is mozzarella instead of Emmentaler. And you can also add a lot of vital substances to the topping by adding a lot of vegetables. " 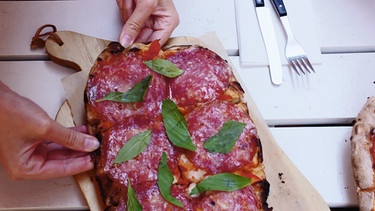 It's worth trying something new in the pizzeria too. The insider tip from pizza maker Raffaele Miglio is Pinsa Romana. Invented in ancient Rome, Pinsa Romana is considered the archetype of pizza. 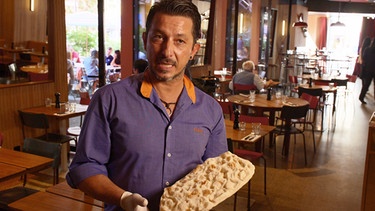 "Pinsa Romana is special because the dough consists of three different types of flour: soy, rice and wheat flour. The dough has 72 hours to mature and another eight to nine hours to stand. That is why the Pinsa is so light."

So there can be pizza every now and then. But it's worth taking a close look at which pizza it is.