The sand lizard was named "Reptile of the Year 2020" by the German Society for Herpetology and Terrarium Studies (DGHT). Their males are bright emerald green during the mating season and are an attractive advertising medium for the often critically eyed domestic reptiles. 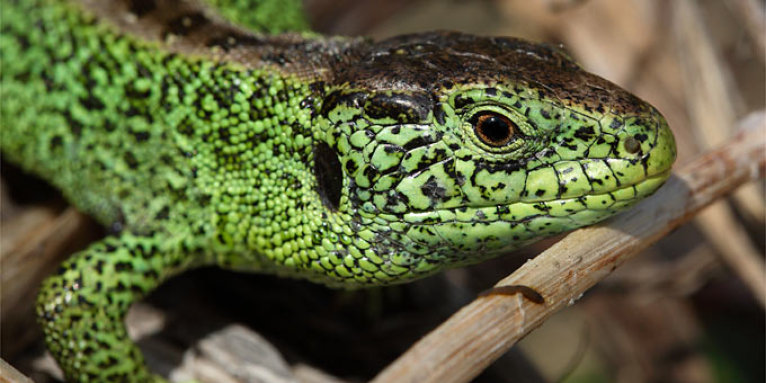 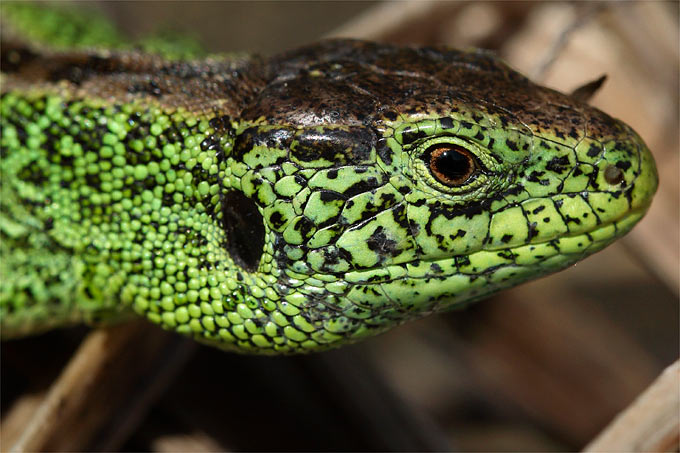 Update November 30, 2020: The sand lizard goes into overtime. Due to the corona-related restrictions, numerous excursions and other events on the reptile of 2020 could not take place. The symposium also had to be postponed. The DGHT has therefore decided that the Sand lizard also 2021 reptile of the year remains.

December 05, 2019 - Sand lizards belong to the genus of green lizards. Characteristic for the variably drawn reptiles, which in Central Europe usually reach a total length of 18 to 20 centimeters, is, in addition to the magnificent green flanks of the males, a brown back color with dark spots and three white lines, which are often only hinted at. There are also color variations such as "black cats", red-backed animals and animals with almost no drawings.

Sand lizards inhabit the second largest range of all European lizards in several subspecies. It stretches from England to Lake Baikal in Siberia and from central Sweden to Greece. Sand lizards are relatively adaptable reptiles (= reptiles) that actually do not place high demands on their habitats. They inhabit structurally rich areas in open land, fringes and transition areas at the edges of forests and fields, as a cultural follower they also like living spaces in near-natural gardens or along streets, railway lines and fences - hence their German name.

In Germany, the species occurs in all federal states, with the density in the north-west being significantly lower than in the east and south. Unfortunately, the previously ubiquitous species is disappearing from the increasingly cleared landscape. The sand lizard (Lacerta agilis) still on the so-called pre-warning list. This means that their situation could get worse in the next few years. On the often more up-to-date Red Lists of most federal states, the sand lizard is actually already classified as endangered or even very endangered. This will certainly also be reflected in the upcoming new all-German list.

Sand lizards are active about half of the year. Males usually leave their winter quarters in March / April and often end their activity in August. Females appear a little later; young animals can be observed for the longest and often do not retreat until September. Sand lizards are diurnal. To warm up, the animals look for well-sunlit areas. At high temperatures, on the other hand, they move under the protection of vegetation or in damp areas, unless they remain entirely in their hiding place.

Sand lizards feed predatory, mainly on insects and spiders. They especially like to eat grasshoppers and caterpillars. Conversely, sand lizards are eaten by birds, but also by blows and by mammals - from mice to wild boars.

Not only the species itself is strictly protected. Since the sand lizard is listed in the appendix of the Fauna-Flora-Habitat Directive of the European Union, it is also forbidden to damage or destroy their habitats. Nevertheless, sand lizards are often the ones to suffer in large construction projects and are subject to critical public scrutiny due to expensive interception and relocation campaigns. Instead of such, rarely promising measures, intervention avoidance as well as securing, enlarging and networking of existing habitats are the better solution.

More about the nature of the year

The kinship of the sand lizard

reptiles in the garden