How did Arabs change Persian culture

The complex relationship between Iran and the Arab world

The most recent wave of protests in Iran has shown the leadership how far removed it is from parts of the population. "In order to divert attention from the obvious economic and political failures at home, the Islamic Republic poses as an advocate for the Arab cause and is more Arab than the Arabs themselves," said an analysis by the journal Foreign Policy in January of this year. One example of this is the "Al-Quds Day" proclaimed by Ayatollah Khomeini in 1979, which is directed against the Israeli presence in East Jerusalem, in particular the area around the Al-Aqsa Mosque.

Iran also presented itself in solidarity after US President Donald Trump presented his "deal of the century", the plan for Israeli-Palestinian unification. In response, the Revolutionary Guards' quds units published a text calling for resistance to the plan and praising the Palestinians for defending themselves against the plan "alone". And Ayatollah Mohammad Movahedi-Kermani, the clergyman responsible for Friday prayers in Tehran, described the agreement as "the betrayal and scandal of the century". Apart from verbal and symbolic expressions of solidarity, Iran is trying to gain or expand dominant influence through alliances with mostly Shiite militias and parts of the population in neighboring countries. At the same time, however, many Iranians also feel cultural closeness to their Arab fellow believers. This can be seen, for example, in the annual pilgrimages to the Shiite shrines in Iraq, in which countless Iranians take part.see article picture) 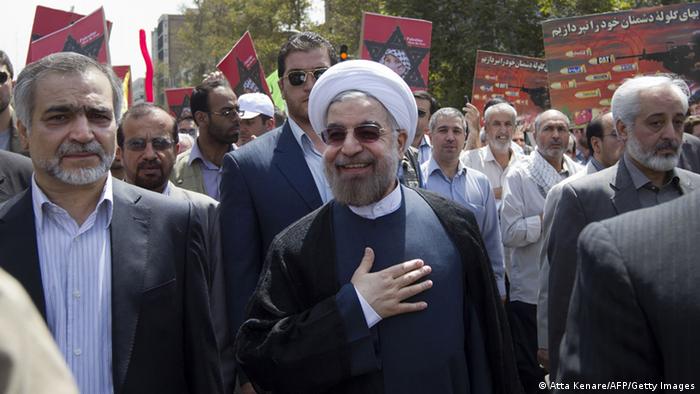 Demonstrating for Jerusalem as an Arab city: President Hassan Rohani during "Quds" day in Tehran, 2013

However, the Iranian claim to leadership is increasingly being called into question by the Shiite population in neighboring Arab states. The protests in Lebanon, originally directed against domestic political grievances, soon turned against the influence that Iran exerts on Lebanese politics through Hezbollah. This criticism was soon taken up by many of the Shiites who took part in the demonstrations, who, like the Sunnis, renounced denominational symbols and instead waved the Lebanese national flag. This was a clear sign that denominational motives were losing their persuasive power in parts of the Arab world. In their place comes the commitment to a united state beyond religious rifts.

In fact, many Arabs now have a pronounced national consciousness, says the Iranist Rebecca Sauer, who teaches at Heidelberg University. "This can be seen from the fact that many Shiites in the Arab world see themselves primarily as Arabs who feel obliged to their respective country and not to Iran. Accordingly, foreign policy alliances are based less on sectarian than on power-political considerations." 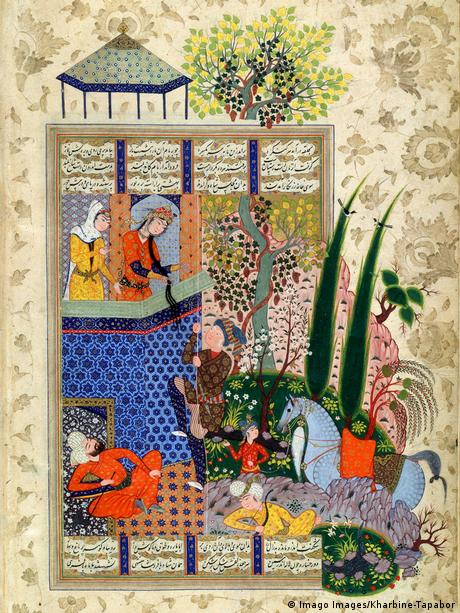 Illustration from the "Book of Kings" by the poet Ferdausi, who in the 10th century described the time before the Arab conquest

Historically, the relationship between Iran and the Arab conquerors was complex. The historian Morteza Ravandi recalls the brutality of the new masters in his 1974 Social History of Iran. This is condensed, for example, in the disturbing image of the iron ring that they put around the necks of Iranian farmers and then recorded the amount of war debts and taxes that they still owed their new masters. On the other hand, the British historian Michael Axworthy states: "The (Arab) conquest was for the most part not connected with mass murder, forced conversion and ethnic cleansing ... In general, the Arabs let the (Persian) landowners, farmers and traders pursue their acquisitions as before."

The Arab conquest around the middle of the seventh century wiped out the old Persian institutions of the monarchy and the Zoroastrian religion, but not the Persian language. Despite "two hundred years of silence", the title of a book by the historian Abdolhossein Zarrinkoub from 1951, Persian survived, including many loan words from Arabic. It has "changed remarkably little," writes Axworthy, from the 11th century to the present day.

The thesis of a consistent antagonism between Arabs and Persians cannot be upheld anyway, says Rebecca Sauer, who teaches Islamic studies at Heidelberg University. There were certainly tensions. "During the Abbassid period, the Persians and Arabs led a famous controversy about the so-called 'shu'ubiya'. The basis of this can be found in verses 49:13 of the Koran Tribes created so that they can get to know each other. Should this 'getting to know' be taken literally? Many Persian discussants doubted this, referring to their centuries-old culture, while the Arabs declared that their religion, Islam, represented a renewal of morality and intellectual life. "

Moral image from the eleventh century

But in addition to these tensions, ambivalences and transitions have always shown themselves. "The situation was mainly characterized by shades of gray," says Rebecca Sauer. The poet Abu l-Qasem-e Firdausi, who was born in the 10th century, had already targeted the compliance of parts of the Iranian elite with the conquerors in his "Book of Kings". "They put the minbar on the same level as the throne / And call their children Omar and Osman. Then our hard work leads to ruin / from then on a long descent begins."

The verses denounce the political opportunism of their time. At the same time, they provide a moral picture of the times to come. "Over the centuries, both cultures - that of the Persians and that of the Arabs - have come to a synthesis. One can speak of this from around the 13th century," says Sauer. This mixing took place only on an ideological, but also on an administrative level. "So the conquerors have taken over the old administrative apparatus of the Sassanid Empire, not only its structures, but also its personnel." 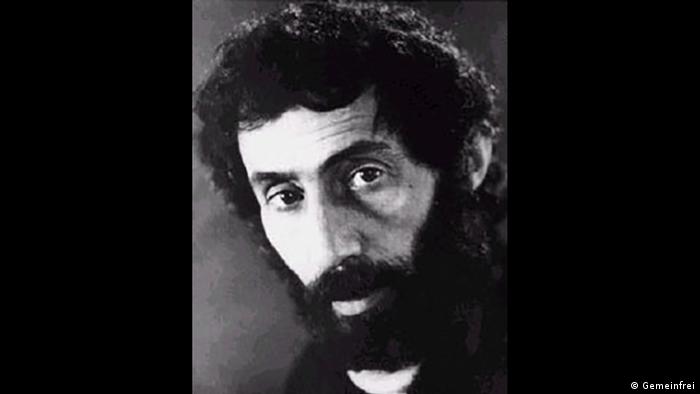 Around 1,300 years later, Mohammad Reza Pahlavi, the last Shah of Iran, tried to establish a secular version of the Iranian monarchy. After the revolution of 1979, it was replaced by the system of supremacy of the spiritual leader established by Ayatollah Chomenei, which is now just as ripe for disappearance for many Iranians as the Shah's regime was at that time. The protests in Iran also reflect the multicultural self-esteem of many Iranians, says the cultural scientist Hamid Dabashi, who lives in exile in the US. In an article for the Qatari broadcaster Al Jazeera, he recalls the multicultural history of Iran. He quotes his compatriot, the poet Sohrab Sepehri (1928-1980). In a poem he had pointed out the variety of possible origins: "I come from Kashan / My ancestry may go back to a plantation in India / to remains from the soil of Suialk / or maybe a prostitute in Bukhara."

In this protest, complains Dabashi, there is also an anti-Arab reflex that he criticizes with reference to his own biography. He has an Arabic first name and an Indian surname. This means something like "bilingual". The reservations about anything Arab went back to Iranian intellectuals of the late 19th and early 20th centuries. "Everything that seemed to them to be Iranian backwardness was attributed to Islam, Islam to the Arabs, and the Arabs to fanaticism and stupidity." 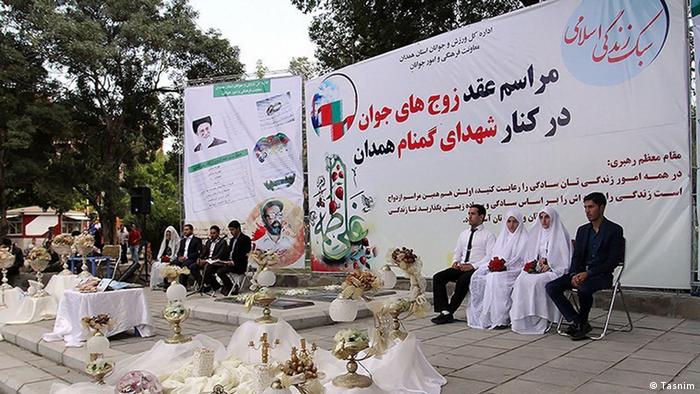 However, many young Iranians speak out against Arab influence in their country. So they reject weddings according to Arab tradition. Instead, they opt for an old Persian style wedding. The country's moral guards do not want to allow this practice to apply: In August last year, they banned non-religious weddings. Ceremonies that do not recite from the Koran have since been banned again.