How can we become a better society 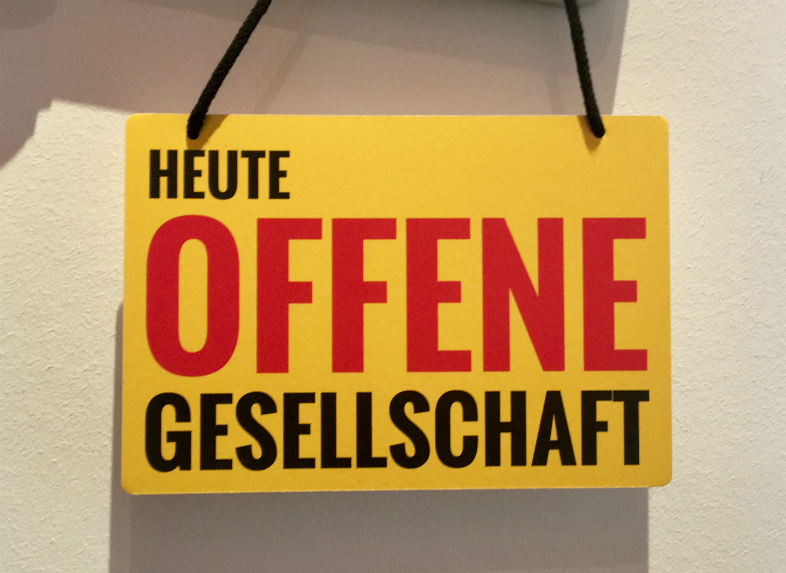 Work for a better society

What do you think of first when you think of politics or democracy? We have now received a lot of tips and a lot of answers. We share this with you!
We did an interview with Andre Wilkens in his office. He grew up in East Berlin and studied political science. Andre previously coordinated the Soros Foundation's Open Society Institute (OSI) in Brussels. Now Mr. Wilkens is the head of the initiative, "The Open Society". We did an interview with him, we were very interested, but also a bit skeptical.

Could you just tell us what “The Open Society” does exactly?

It is an organization that is not against anything, but for something, for an open society. We already have the open society both in Germany and in Europe and we would like to pass this idea on. We are in favor of preserving these ideas, which we like in the open society, such as pluralism, human rights, diversity and democracy. We organize campaigns and events to reach more people.

Why do you find this activity important?

In recent years, people who are against an open society (and against, for example, refugees and Islam) have become stronger. You founded a party, the AFD. Nevertheless, the friends of the open society, who are probably the majority in Germany, are not as active in politics. We want people to see that they too are a lot.

Why do you think democracy is important these days?

Not just these days, it has always been important. For example, I grew up in the GDR, where we had no democracy. I think that you don't need a society without democracy any more.

What can the young people do for it?

Everything imaginable. I'm older, I can write articles, do magazines, etc. But young people can use videos, podcasts, Facebook and Snapchat a lot better than me. We once did a campaign at music festivals to ask young people what kind of society they would like to live in. We heard a lot of new and good ideas there.

Please tell us when and why you started to be interested in politics!

In my childhood I just wanted to live differently from communism. That's why I studied politics and lived for a long time in Brussels, where I worked for the EU. But for me it's not just about politics, it's about making the world a better place.

How can we live the thoughts of the open society in everyday life?

It is important to be committed yourself, to take care of others and to always be open to other people, regardless of whether they are neighbors or refugees.

How does an open society work?

I am not a great friend of the people with the total plan. You are the real opposite of the open society. They feel that they know how it all works and that everything will be fine with their plan. But the people who don't fit in have to go, for example with Hitler or Stalin. In an open society, one takes many small steps one step further so that we can develop society. Some things work and of course some things don't, but it's definitely better than a total plan.

How do you think democracy is in Germany?

On the one hand, they say that this is the best Germany we have ever had. Over 70 years ago Germany was the center of the war and now it has a liberal society. Although people used to want to leave Germany, more and more people are now coming because they think life is great. On the other hand, people are demonstrating against foreigners and against Islam even today.

What role do politicians play in democracy?

Of course, one cannot imagine politics without politicians. I believe that a good politician makes sure that people are safe. As citizens, we should take care that it stays that way. But of course a society is more than politics, although it is an important part.

How have you, as “The Open Society”, already improved the situation?

On the one hand, we have inspired many people through, for example, the open society day and other events. On the other hand, I cannot say whether it has gotten better. Even today, many demonstrate against foreigners and refugees. We hope we can reach a lot more people.


If you want to visit the Open Society website, here is a link for you:

We thank Mr. Wilkens for the interesting conversation. He has also caught the attention of skeptical people.