Which country eats the most chicken?

These countries eat the most meat!

It doesn't matter where you are in the world, more and more people are taking the liberty of eating less meat or even giving it up completely. Is this trend also noticeable in meat production? And which countries devour the most meat?

Meat production has continued to increase over the last few decades 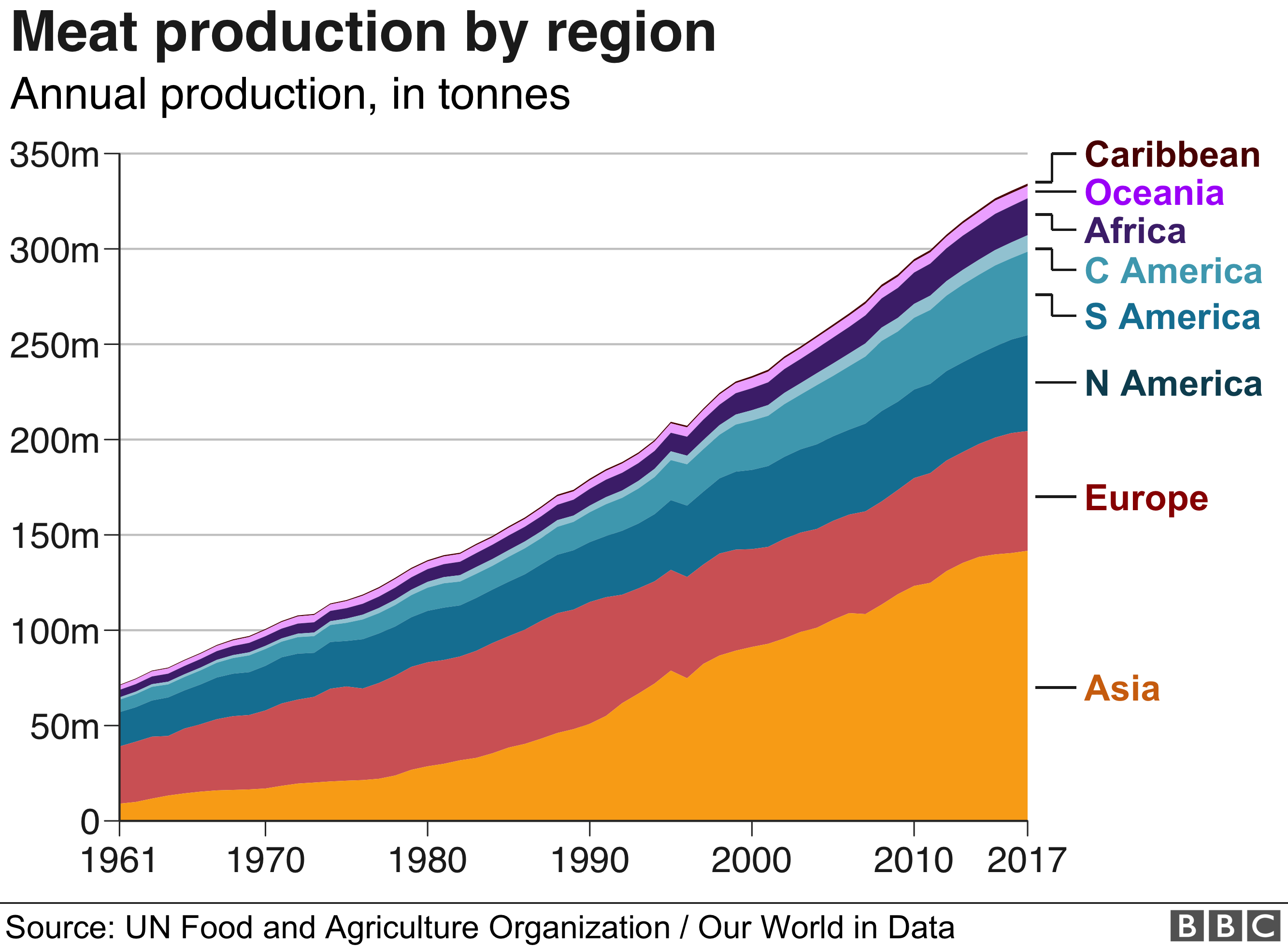 What are the reasons for the sharp increase?

The main reason for the sharp increase is very simple: In the last 50 years the world population has more than doubled: from around 3 billion people in the early sixties to over 7.6 billion today. The more people there are in the world, the more food has to be produced.

However, during the period when meat production has increased almost fivefold, the world population has only more than doubled - so there are other reasons why more and more meat is being produced. One of them is the increased income in the last few decades: almost everywhere in the world people have become richer - on average, people's incomes have tripled in the last half century. So there are not only more people in the world, but also more and more people who can afford meat.

The richer a country, the more meat is eaten

If one compares the income and meat consumption in the different countries, the following becomes clear: the more people in a country earn, the more meat they eat. A comparison of two countries with enormous income differences shows how big the differences are between the countries: an American earns an average of $ 51,000 a year - and eats 115 kilos of meat. An Ethiopian, on the other hand, earns $ 1,300 - and eats 7 kilos of meat.

Where is the most meat eaten? Australia, New Zealand, Argentina and the USA are the most meat-eaten countries. They have the greatest appetite for meat and even break the 100 kilos per person mark, which corresponds to about 50 chickens. This is followed by many Western European countries, in which 80-100 kilos of meat are consumed annually - here is also Germany with 88 kilos per year. The least meat is consumed in many of the world's poorest countries: in Mozambique only 7 kilos, in Rwanda 8 kilos and in Nigeria 9 kilos of meat per year. In countries where people earn little, meat is still a luxury good.

Is meat being eaten less and less in Germany?

In many western countries, more and more people are resolving to eat less and less meat. Just recently, a group of researchers recommended radically cutting meat consumption and adopting a flexitarian diet to feed ten billion people. In Germany, alternative forms of nutrition such as vegan, vegetarian or flexitarian nutrition are in vogue. So is less and less meat being eaten in Germany? A comparison of the per capita meat consumption of Germans over the past ten years shows that it has remained almost the same and fluctuates around 88 kilos per year (data based on information from the BLE).

PS: Would you like to read us easily with your favorite app? Look here... :)