If your egg gives off an unpleasant fishy odor, one thing can be said with certainty: that you are holding the egg of a "brown-laying egg" in your hands. Because only brown eggs have the unpleasant smell of fish. Every 20th of these is affected, regardless of whether it is fresh or whether it is slowly starting to get bad.

The age of the eggs does not matter because the culprit was already in the hen and was only included in the egg yolk when it was laid: the molecule trimethylamine (TMA). This substance is also found in decaying fish, so that the egg smells like fish to us. 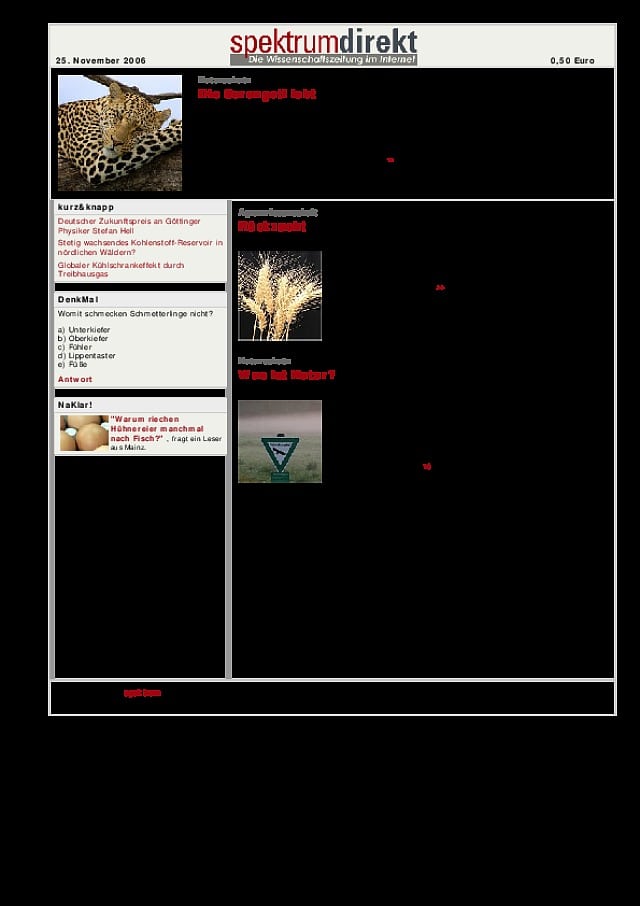 This article is included in Spectrum - Die Woche, November 25, 2006

The question arises how the TMA got into the poultry. So-called enterobacteria, which normally live in the chickens' intestines, are to blame. There they convert certain substances from the chicken feed into the odor-active molecule. For example, choline is such a precursor, as is sinapine.

Because both are found in rapeseed, chicken farmers were advised to only feed rapeseed hens that lay white eggs. Because we already knew from experience that no problems were to be expected with these animals. Another source for TMA is wheat infected with stink blight. And fish meal too. Although this has become rarer, it has been allowed to be fed to chickens again for some time.

So in the end, does the foul exhalation come from fish and the TMA it contains? No, found researchers from the Federal Research Center for Agriculture: TMA alone is not enough to create a smell. Together with Finnish scientists and a private breeding company, they discovered that the odor was caused by a mutation in the gene FMO3 is caused in the affected laying hens. This genetic defect prevents the chickens from using a special liver enzyme to convert the TMA into odorless TMA oxide. But because the chickens still have to get rid of the substance, they accumulate it in their eggs, for example - to the chagrin of the consumer.

Incidentally, the discovery of the genetic defect is no coincidence: like chickens, humans can also develop trimethylaminuria, but only in extremely rare cases. Therefore, although they do not lay eggs, they also lose the ability to break down the TMA. If you do not adhere to your strict diet and avoid TMA-forming substances, you will also get the fishy smell.