What is the least French thing at all?

Polish up your French in 5 minutes

Forget your school French, because that's not how people speak in France for a long time. From colloquial expressions to useful exclamations, these tips will brush up your French in no time.

Very few Germans speak flawless and accent-free French. You have to accept that, but with the following tricks your school French will come closer to today's everyday language again.

The polite question form, in which the verb and subject are reversed, can be safely forgotten. “Allez-vous bien?” Is rarely heard in everyday language today. More contemporary is: “Vous allez bien? Tu vas où? "(Where are you going?)," Vous avez du pain? "(Do you have bread?), Etc. 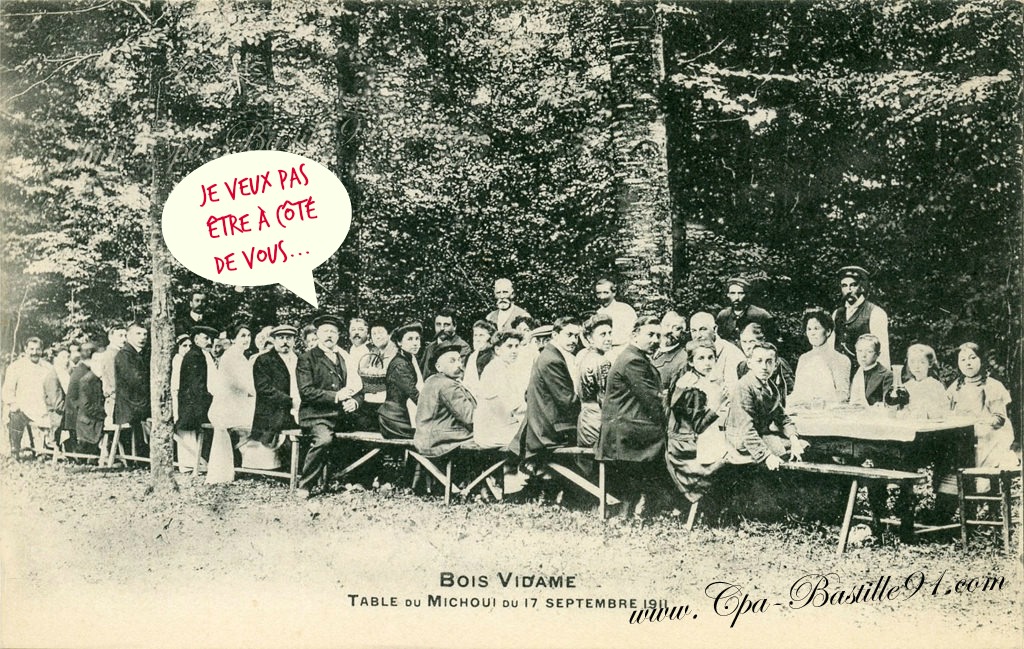 According to grammar, the French use a “ne… pas” (or “ne… plus”) as a form of negation. But the average French person simply swallows the "ne". So if you want to sound like a local, simply say: “Je pense pas…” (I don't think so), “Je peux plus marcher.” (I can no longer walk) or “Je veux pas être à côté des toilettes. ”(I don't want to sit next to the toilets).

And another tip: use "on" instead of "nous" as often as possible. Sounds strange, but in fact the French prefer to use the impersonal “on” (= man) instead of “nous” (= we) in spoken language. So: “On a réservé ici, monsieur.” (We have reserved here). And: “On va à la plage.” (Man = we're going to the beach), even if the entire family is standing next to you. 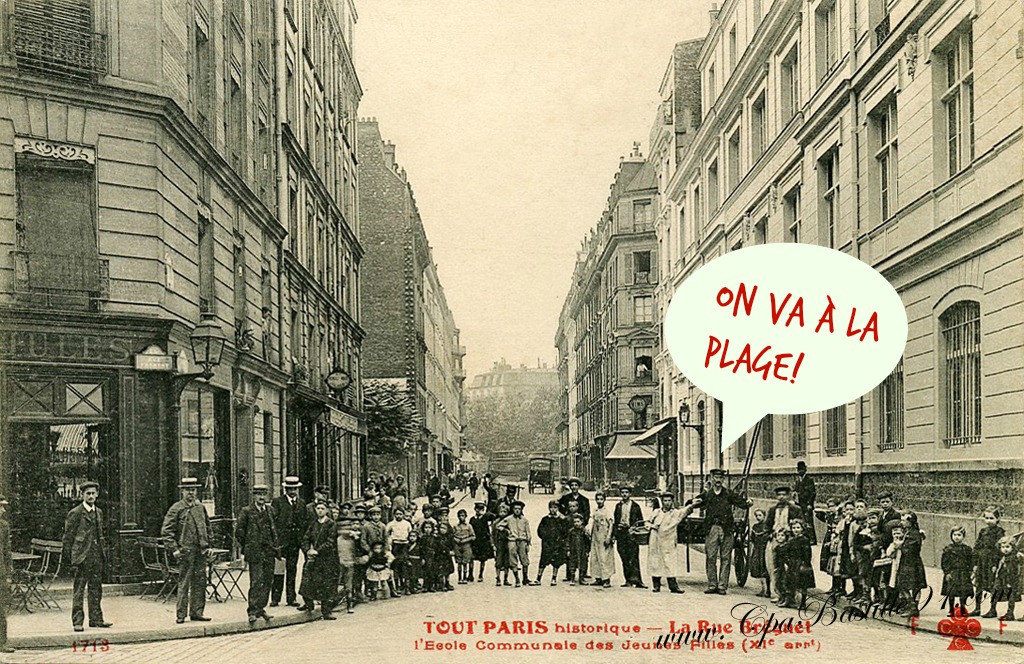 Of course, you can also simply say that you think something is good or tasty: "C’est bien / C’est bon". But the modern French like to use: "C’est trop bon"(" That's too tasty! ") Or:"C’est hyper bon“(That's super delicious). In Paris you could alsoJ’adore“Make it out of it (preferably bladder - a bit snooty - pronounced, i.e. with a long o). And if you are really excited, then you use: "C’est terrible!“This is not an insult, but the opposite, namely a paraphrase for“ terribly delicious ”(or terribly beautiful / good).

„C’est dingue!“(This is crazy!): Use as you please, if you want to spruce up your French. For a change, “c’est fou” or the even more popular “c’est un truc de ouf” are possible, which means the same thing (ouf = fou in Verlan). Somewhat less pronounced is: "C’est n’importe quoi" (that's nonsense). Also very practical (because complaining in French is always good): "C’est chiant!"(This is stupid, dreary, boring) and"C’est (trop) zero ... “(That is totally wrong). 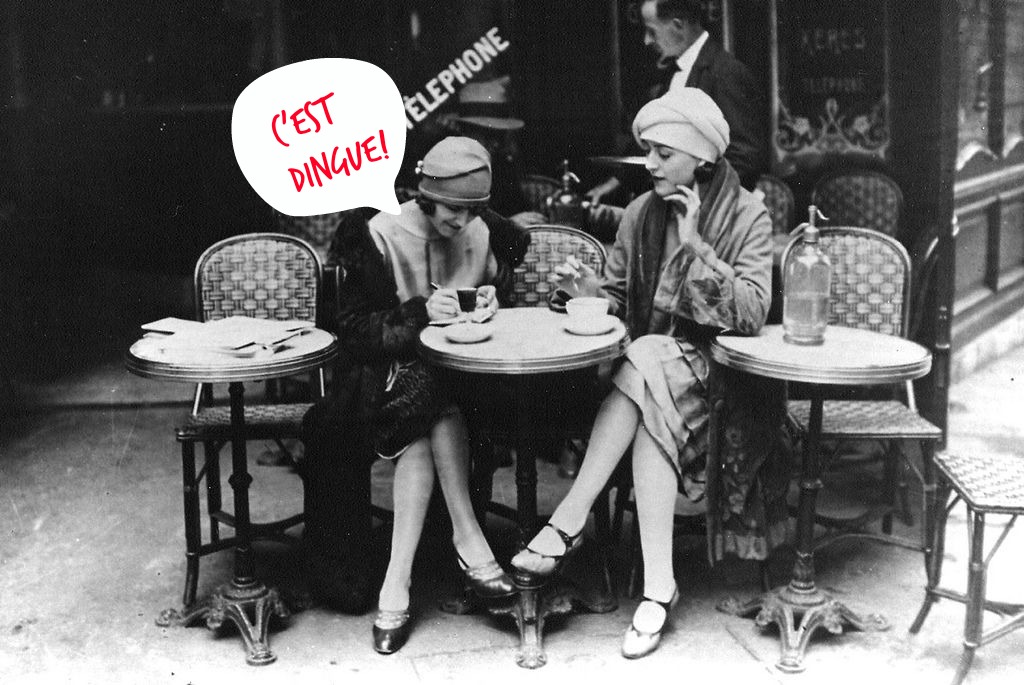 Pfff, aïe, bof ... If you want to express yourself like a Frenchman, you cannot avoid some frequently used exclamations and conversational words.

Pfff ... combined with shaking your head and gently blowing air out while your cheeks puff up. That always fits, because it means: "I'm upset about something, I'm fed up ..." (from the weather, from the president, from my children ...)

Oh la la… It really does exist, and it is still widely used in French today. However, mostly not - as we know it - in a piquant context, but as a confirmation of a lawsuit or an unpleasant situation. "Ohlala, il m’a cassé ma voiture!" ("Ohlala that doesn't exist, he broke my car!")

Aïe ... (pronounced as ai-je), is the French word for "ouch" or "oops". It is used when something hurts, something has gone wrong, or when you want to express compassion. For example, someone says: "J’ai frappé mon boss." (I hit my boss), then you answer in modern French with narrowed eyes: "Aïe ..." (Oops, that's probably not so good). 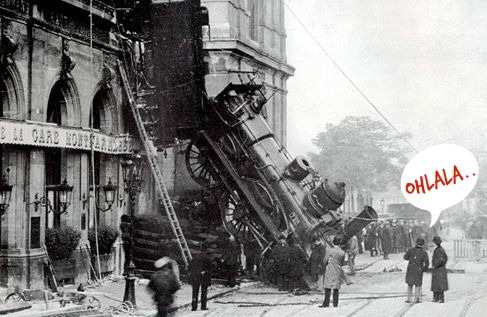 The absolute filler word when there is a gap in the French vocabulary. "Un truc": a thing, a thing there. The French use it in abundance when a word cannot come to mind. "J’ai besoin de ce truc, tu sais pour ..." (I need a thing like that, you know ...). Ideal to like that locals around the bush and just wait until the other person comes up with the right word.

Which expressions are used today:

Here is a list of the most popular expressions you can throw into the conversation without hesitation:

C’est enormous!: That is unbelievable!

Mince!: Damn! (as replacement for merde)

Laisse tomber: Let it be good!

Tu fais quoi?: What do you do?