What is corporate restructuring

Restructuring: What rights do employees have?

If tasks are redistributed in companies, those affected are not left without rights. The workforce is not always overjoyed when restructurings are announced.

Above all, economic crises force companies to restructure. In some companies, areas are being merged, tasks are being redistributed or departments are being closed. The employer is entirely entitled to do this, as the labor lawyer Jobst-Hubertus Bauer from Stuttgart explains: "The entrepreneur can decide how to structure his company." If the company relocates its headquarters from Stuttgart to Berlin, for example, that is the decision of the employer.

Relocation of the job

If a job is lost as a result of such a relocation, this does not justify a termination for operational reasons. That was decided by the Rhineland-Palatinate State Labor Court in Mainz (Az .: 10 Sa 303/08). Accordingly, the employer must first check whether the employee can be deployed elsewhere in the company.

Employees do not have to accept everything. Employees are entitled to continue to be employed as stated in the employment contract. As a rule, however, the regulation is kept general, says Martina Perreng from the German Trade Union Federation (DGB) in Berlin. Also in contracts it is often stated that employees can be assigned comparable activities.

Transfer to another department is usually legal

The more indeterminate the regulation in the employment contract, the more leeway the employer has, ruled the regional judges in Mainz in another case (Az .: 5 Sa 716/07). If no further agreements have been made, the employee can employ the employer throughout the company without changing the contract. In the case, the district court dismissed the action of a locksmith who had resisted being transferred to another department because of the noise there.

When is a new job unreasonable?

If the employee does not agree with his new job, he has to prove that the new job deviates completely from his previous tasks and is therefore unreasonable, explains Perreng. "The employee then runs the risk of hearing that there is no other option."

Employees even have to accept an operational division of their jobs. This emerges from a judgment of the Labor Court in Frankfurt / Main (file number: 22 Ca 2556/05). In that case, a clerk who worked in the administration of a Post Guest House was supposed to work halfway in two other such facilities at different locations. The judges let go of that. Because there is no right to be active in just one place.

What is allowed in the case of transfers

There are also several variants if the employee is to be transferred. "If the contract provides for it, a transfer is possible," explains DGB expert Perreng. Such transfer clauses in the employment contract are the norm, adds Jobst-Hubertus Bauer, who is chairman of the labor law working group in the German Lawyers' Association. "In the event of a restructuring, the employee has a bad chance of defending himself against his transfer."

Reduction of salary in the event of a changed task

On the other hand, according to Perreng, a transfer is not easily possible if the contract stipulates that the employee works at a specific location. Then the boss has to announce a change notice for a transfer. The same applies to a reduction in salary for a changed task. 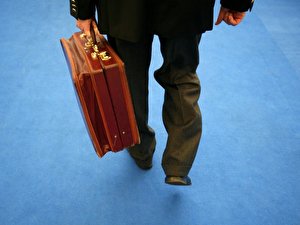 Termination for operational reasons: who has to go first?

In the case of redundancies for operational reasons, the employer must take into account social criteria such as age and maintenance obligations. Who has to fear for his job first? more 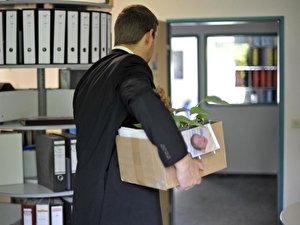 Transfer: what rights employees have

A transfer is a major change for many workers. But they don't always have to follow the employer's instructions. What is permissible and what is not. more