Why do so many people love Australia

For us Central Europeans, Australia is one of the top longing destinations, many love the continent because of its red earth - but very few really know important facts about Australia. The exotic distance, the grandiose landscapes and impressive cities, the casualness of its inhabitants and the diverse holiday offers for relaxation and adventure have all contributed to making the great land Down Under so attractive. But the fact that Australia meets high standards with regard to socio-political factors such as the rule of law, social justice and democracy, general prosperity and political stability makes the country a popular travel and immigration country. So that you can do a first fact check about Australia, here is some information about Australia as a country and state: 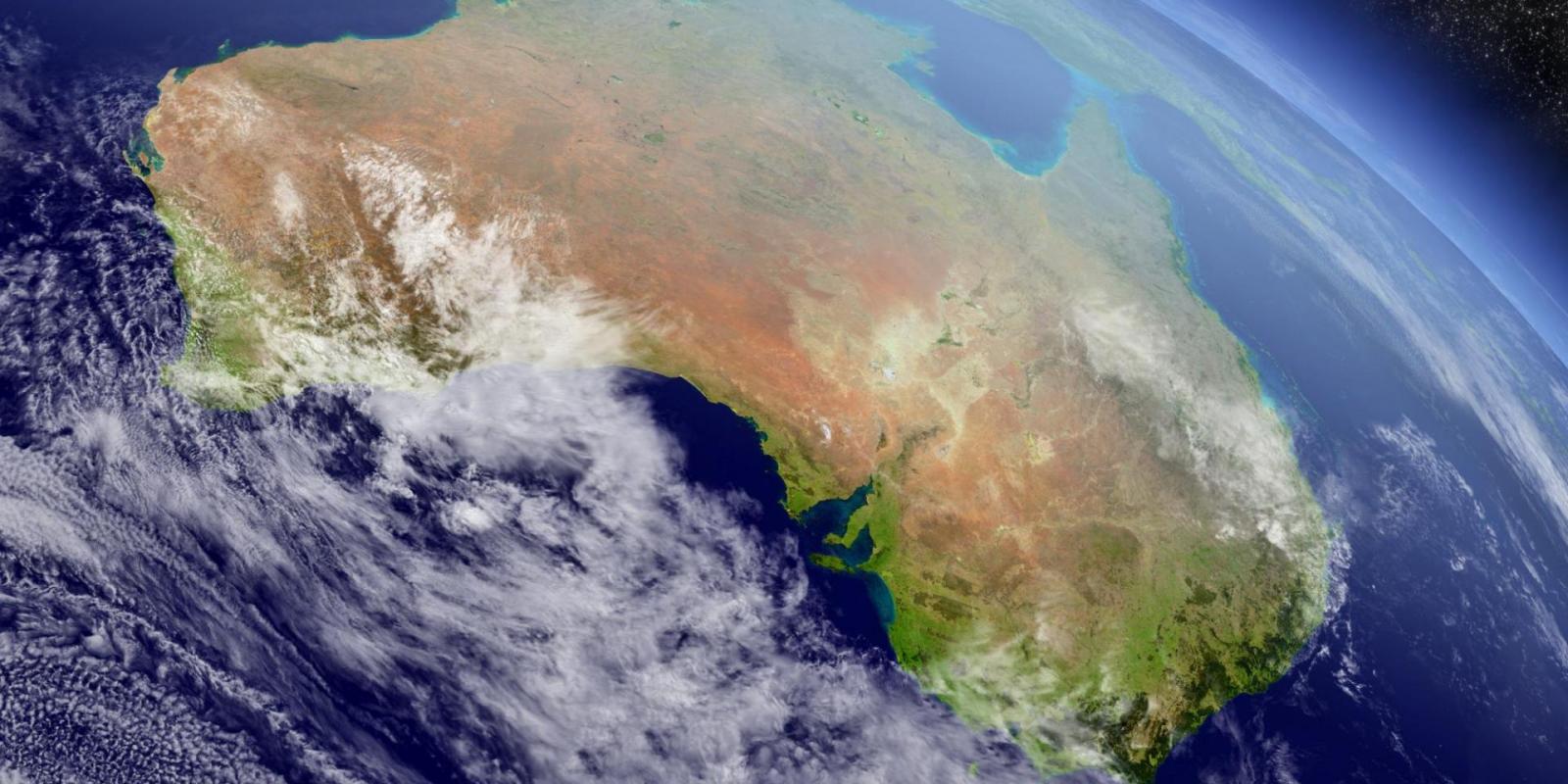 Facts about Australia: a state of continental proportions

The 7.7 million square kilometer state of Australia is geographically almost identical to the world's smallest continent, Australia, which in addition to the continental mass also includes the large island of New Guinea in the north and the smaller island of Tasmania (67,000 square kilometers) in the south. Unlike Tasmania, which is an Australian state, New Guinea, which is divided between Indonesia and Papua Niugini, does not belong to the national territory of Australia. Australia, remotely reminiscent of the shape of a bread slice in its outlines, has a maximum diameter of 4000 km. This corresponds roughly to the distance from the European North Cape to Gibraltar.

Most of the country is characterized by deserts and semi-deserts - the outback - and hot and dry weather conditions, especially in the western and central interior of the country. In the south and south-east there is a largely forested landscape with a moderate climate. The north is characterized by a tropical climate with fascinating rainforests. The coral reef Great Barrier Reef, which stretches off the northeast coast, is unique in the world.

Facts about Australia: Climate, Weather and Best Time to Travel

About 25 million people live in Australia. These statistically three inhabitants per square kilometer (for comparison: Germany has 81 million inhabitants, 226 per square kilometer) are extremely unevenly distributed across the country. Over 90% of Australians live in the metropolitan areas of Sydney, Melbourne, Brisbane and Perth as well as Tasmania. In contrast, the remaining two million inhabitants are lost in the vast expanses of the outback. The largest city with more than 4.5 million inhabitants is Sydney on the southeast coast. Also on the southeast coast are Melbourne with around 4.2 million inhabitants, Brisbane (2.2 million) with the neighboring city of Gold Coast (600,000), Adelaide (1.2 million), Newcastle (0.5 million) and Australia's capital Canberra (350,000). At the south-western tip of the continent, Perth, the fourth largest city in the country with 1.9 million citizens, forms the center of the only metropolitan region in Australia beyond the south-east coast.

Here you can find our city guides for many cities in Australia. We'll tell you everything you need to know about each city and what you should definitely see or do there. In the larger towns of Australia there are also our favorite cafes, the best spots to eat and the best bars!

Facts About Australia: The Outback

In Australia, all regions are referred to as the outback, which are far from cities and any civilization. This relates to around three quarters of the entire continent. The outback stretches almost to the coast in the north and west, while in the west it takes up half of Queensland. In the south, the outback begins about a hundred kilometers from the coast and major cities. The term "outback" was first used in 1869. Back then, it meant the landscape west of Wagga Wagga, a town of 50,000 in New South Wales.

Because the outback is so large, it encompasses different climates. The landscape is also characterized by extreme differences. The outback in Queensland is largely pristine rainforest, while the outback in central Australia is dry and sandy. Large parts of the outback are left to nature, others have been developed as pastureland. The outback has been inhabited by the Aborigines for around 50,000 years. The western settlers had to slowly develop it. The few highways that lead through the outback are partly named after the explorers who crossed the outback in the 19th century and made maps.

Interesting Facts About Australia - The Aussies

90% of Australians - the Aussies - have European roots. Most of them are British or Irish descendants. Almost a million inhabitants have German ancestors. Just over five percent of Australian citizens have an Indian or East Asian family background. The composition of the population clearly indicates the history of Australia as a country of immigration.

Only two to three percent of the population are considered to be of the indigenous ethnic group Aboriginal associated. The Aborigenes tribes, which have probably been native to Australia for around 50,000 years, have developed a complex culture and social orders based on beliefs in nature. The immigration of Europeans since the end of the 18th century, which accompanied the gradual colonization of Australia by the British Crown, had devastating effects on the Aborigines (epidemics, oppression, displacement). It was only after the Second World War that the Aborigines managed to fight for comprehensive human and civil rights. Economically and socially, however, they continue to form a marginal group in Australian society.

Similar to the colonists in other British colonies such as Canada and New Zealand, the Australians increasingly received self-government rights in the 19th century. In 1907 that became Commonwealth of Australia, to which New South Wales, Queensland and other Australian colonies had merged in 1901, as Dominion de facto an almost independent state within the British Empire. Further improvements in status in the course of the following decades eventually dismantled almost all of the remaining constitutional ties to the British motherland. Practically the last official constitutional connection with Great Britain is the status of Australia as a parliamentary monarchy with the British Queen Elizabeth II as the formal head of state. This is why the Queen is also depicted on Australian coins and banknotes. In Australia, dollars and cents are used to pay. The official abbreviation is AUD.

Last but not least, Australia is known for its unique fauna - not least because the red continent is home to many of the world's most poisonous animals. By far the two most famous animals in Australia are the kangaroo and the koala - they even adorn the Australian national flag! Read here what the typical animals are in Australia and where you can find them.

Facts about Australia: the states

The Commonwealth of Australia consists of the six states of Western Australia (capital: Perth), New South Wales (Sydney), Queensland (Brisbane), South Australia (Adelaide), Tasmania (Hobart) and Victoria (Melbourne) as well as the three mainland territories Northern Territory (Darwin), Jervis Bay Territory and Australian Capital Territory. In addition, six small oceanic island territories such as Norfolk Island and Cocos Islands belong to Australia. Furthermore, Australia claims almost six million square kilometers of deserted territory on the Antarctic continent (Australian Antarctic Territory). In contrast to the federal states, whose governments and parliaments have similarly extensive powers at regional level as the German federal states or the US states, the territories are subject to the direct administration of the federal government in Canberra. Read more about the Australian states here.