Do you feel that the teachers are underpaid?

"Tell me what type of school you study teaching and I'll tell you how much you earn!" The difference is considerable: more than 600 euros gross for the starting salary between teachers in certain types of schools in Bavaria. In other federal states, the pay is similarly unequal - but is it also unfair?

A Sunday evening, pizza, beer: in a student flat in Munich, two roommates sit across from each other, discussing. About money, about who is doing more and about the question: "Is it unfair?".

In this case it is about 600 euros gross. That is how much one roommate will earn more than the other later. Both will work in the same profession after graduation: as a teacher. Why is that? 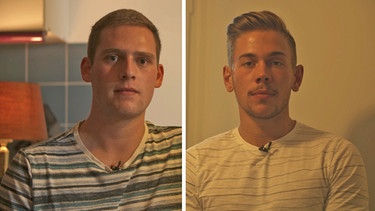 Andreas (on the right in the picture) is studying secondary school teaching. After primary school, the students in Bavaria either go to secondary school, grammar school or middle school. Here the students are to be prepared for vocational training. Andreas will later earn a gross amount of EUR 3,520 there as a civil servant high school teacher. His roommate Daniel (left in the picture) is studying high school teaching. His starting salary: 4,118 euros, plus allowance: 91 euros. If you are too lazy to recalculate, that's more than 600 euros gross difference. 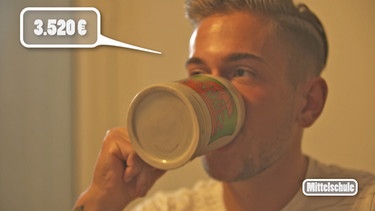 Andreas feels that he has been treated unfairly with 600 euros less on the pay slip.

The reason for this lies in a very differentiated salary table. Realschule and grammar school teachers are classified higher there (A13) and elementary school and middle school teachers lower (A12). Those who are ranked higher also earn more. In this case, the difference in wages is as high as what students like Daniel and Andreas currently have available per month. 600 euros - a sum that stunned the two. There are arguments for the difference in wages, but can they hold up?

1. Do Realschule and Gymnasium teachers do more? 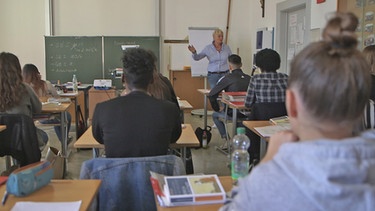 A teacher who should know: Verena Frei. She was actually a high school teacher, now she teaches at a Munich middle school. She says: "It is at least as demanding to teach here in middle school as in high school, because I have to differentiate a lot more with the students here. Some students complete a task in five minutes - the others need 25 minutes for the same task . "

2. Is it because of a different education? 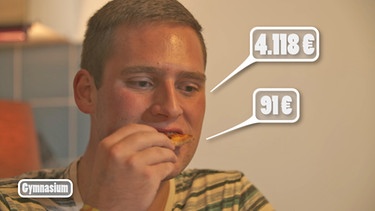 Daniel is happy about his better salary, but doesn't find it really justified.

Daniel and Andreas, for example, study at the LMU in Munich, both do similar internships, both a first and second state examination, both even in the same subject: Education, both complete a two-year preparatory service - the list could go on and on.

"No", claims Daniel (high school): "I have the feeling that Andi has to study more or has to be able to do more than me in the end."

Then why is there less money? At the request of the Bavarian Broadcasting Corporation to the Bavarian Ministry of Culture, it is stated that the different pay is due to the different length of training and the "different technical requirements". But is that also true?

Unequal teacher pay - in all of Germany?

It is interesting to note that such differences in teacher pay only exist in some federal states. In some, the following applies: The same starting salary - for all teachers in secondary schools, i.e. schools after primary school. These include, for example, Hesse, Rhineland-Palatinate, Saxony-Anhalt, Mecklenburg-Western Pomerania, Baden-Württemberg, Schleswig-Holstein, Berlin, Brandenburg, Saxony and Saarland.

Some federal states are now even going for it: Even elementary school teachers there will soon be getting the same starting salary as everyone else - namely in Berlin, Brandenburg, Saxony and Schleswig-Holstein. And many other federal states are already thinking about it.