The history of iodine deficiency prophylaxis in Germany 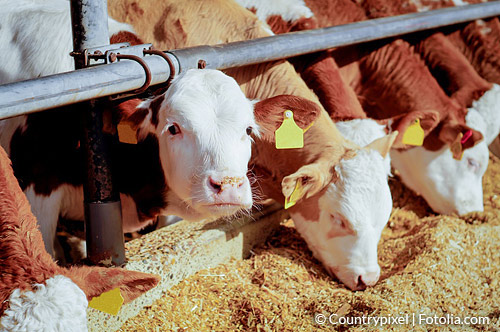 Against this background, table salt, the vast majority of food and ready-made meals, meals in (system) catering and certain types of feed for various farm animals are systematically enriched with iodine as part of what is known as iodine deficiency prophylaxis.

Iodized salt has been available in Germany since 1959. It was initially used solely as a dietary food to treat thyroid disorders due to iodine deficiency.

In order to avoid thyroid diseases, the population should now also be provided with iodine nationwide. Until then, iodized salt packaging was marked with the imprint “only if iodine deficiency was determined by a doctor”, which has now been removed.

To the social acceptance of iodine deficiency prophylaxis increase became the 1984 "Working group iodine deficiency" founded - by members of the executive committee of the Thyroid Section of the German Society for Endocrinology and the German Society for Nutrition e. V. (DGE). The working group receives financial support from companies in the German salt industry and the pharmaceutical manufacturers of iodine tablets.

Because of the iodine deficiency prophylaxis, iodized salt has been a food for general consumption since the late 1980s.

It will be at the Food production, in the gastronomy and in Communal catering used. Since 1993 iodized curing salt has been widely used in the Sausage and meat production used. In the case of unpackaged foods such as bread, baked goods or sausages, neither the addition of iodine nor the amount of iodine contained need to be stated.

Since 1995, too Mineral feed mixes for livestock and poultry iodized in conventional livestock breeding as well as in the organic sector.

In 1996 the Federal Center for Health Education (BzgA) introduced the iodine seal ("healthier with iodized salt"). Also Baby food like milk or porridge has been fortified with iodine for several years.

Doubts about the iodine deficiency area in Germany

Doubts about the WHO assessment that Germany was an iodine deficiency area arose in 1994. The Federal Environment Agency made strange observations in its annual report on the subject of water: In some Struma areas there is no iodine deficiency and the increased iodine supply does not lead to a decrease in diseases.

The cause of the iodine deficiency was instead a too high nitrate content in the drinking water turned off.

The iodine deficiency is based on the competition between nitrate and iodine in favor of nitrate intake. Nitrates get from liquid manure and artificial fertilizer, for some years also as digestate, from biogas plants into the soil and groundwater.

Other research results showed that humic acid in water binds around half of the daily intake of iodine and leads to an underactive thyroid. In addition, a Vitamin A deficiency as a cause of iodine deficiency identified: Too little vitamin A inhibits the thyroid's ability to bind and process.

As a result, in 2006 the EU reduced the amount of permitted iodine additives for cattle feed for dairy cows and laying hens from 10 mg to 5 mg iodine per kg feed. For all other animal species (e.g. pigs, broiler poultry) a maximum value of 10 mg / kg feed was set.

Studies at the beginning of the 1990s confirmed the natural iodine deficiency in the German population. 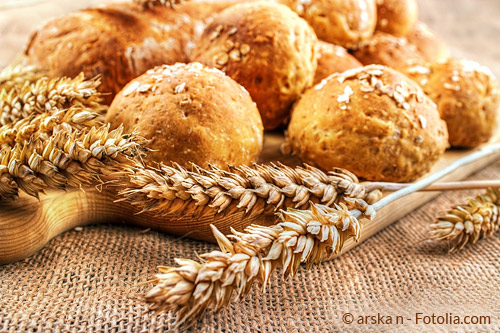 In the largest study was only around a quarter of the 6,000 test persons optimally supplied with iodine. A study from 2005 showed sufficient iodine excretion in 64%. The researchers saw the reasons for this development in high iodide content of milk and milk products, in the extensive use of iodized salt in the food-producing trade, in gastronomy and in the food industry.

The richer iodine supply can be demonstrated especially in children and adolescents.

The representative KiGGS study by the Robert Koch Institute According to the years 2003–2006, children in Germany achieved a median excretion of iodine in the urine of 117 µg at this time.
The DGE sees the desirable iodine excretion for seven to ten year olds at 119 µg per day. In the DONALD study, which was started in 1985, the median iodine excretion of six to twelve year olds from 2004-2006 was 86 µg iodine per day, in 2009 80 µg per day.

Iodine deficiency prophylaxis is being continued despite WHO assessments

In 2007 the World Health Organization (WHO) lifted Germany's classification as an iodine deficiency area. The Federal Institute for Risk Assessment (BfR) still designated Germany as an iodine deficiency region in 2012. In the opinion of the BfR, the iodine concentrations naturally contained in food are still insufficient in Germany to meet the necessary iodine requirement. The BfR assumes that around 30 percent of the population the iodine intake is still below the estimated mean requirement.

For this reason, comprehensive iodine prophylaxis is still required.

The working group iodine deficiency also warns of the WHO's assessment that Germany is no longer an iodine deficiency area, and of an iodine deficiency, since soils and groundwater in Germany are low in iodine. The natural iodine content of domestic agricultural products is not sufficient for the necessary iodine intake. Prophylaxis with iodized salt also does not pose a health risk.

Patients with thyroid diseases do not have any problems with additional iodine intake, neither do iodine allergy sufferers.

At the beginning of 2013, the German Nutrition Society (DGE) stated that the iodine supply of school children had initially improved since the 1990s, but had been falling again since 2004.