What is chimney draft

The draft regulator is a secondary air device. It is integrated into the chimney. The basic principle is simple: you control the chimney draft and thus the combustion in the stove via a folding device. If you open the draft regulator wide, additional air can flow in. After it has been installed, the question arises of how to optimally adjust the train. We'll explain how to best proceed and what benefits can be expected. 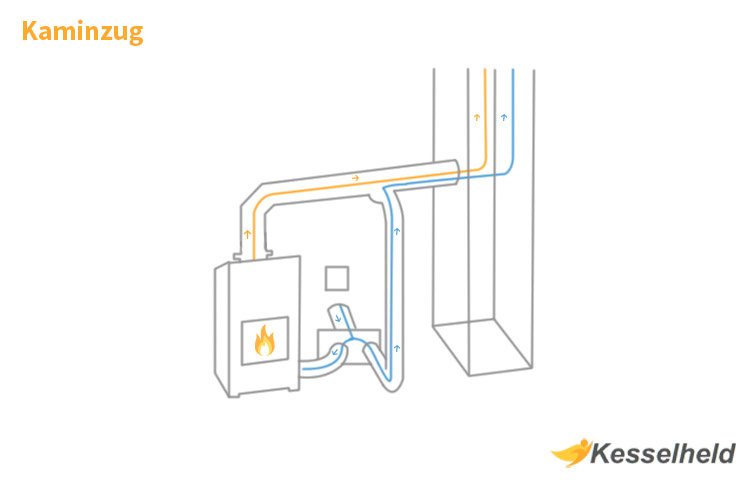 The advantages of an optimal setting

You can only ensure optimal energy consumption through an advantageous setting of the train. They improve combustion in the stove and reduce energy costs. The train is controlled depending on the weather, so flexible adjustments are required.

The basics for regulating the chimney draft

If the weather is cool, the chimney draft can increase, which has a negative effect on combustion. The cause of the increase in tension lies in the pressure and temperature differences. The combustion gases in the chimney have a significantly higher temperature than the environment, which increases the speed as a result of the pressure. Since the exhaust gases escape from the pipe more quickly, the combustion in the furnace accelerates. The fuel consumption and the resulting costs increase. The correct setting will slow down the chimney draft.

How can I calculate and adjust the train?

If you want to increase or decrease the chimney draft, only minimal adjustments are required. For example, if you want to set the oven to 12pa, you have to turn the weights on the draft limiter so that the appropriate weighting is achieved. You will find the exact procedure in the manufacturer's operating instructions; instructions are often also provided on the throttle valve.

Is a slow draft in the chimney generally an advantage?

A low chimney draft slows down the combustion process. The exhaust gases now remain in the pipe for a longer period of time, which can cause permanent damage to the chimney. Too low a draft increases the ability of the acids contained in the flue gas to attack, so that chimney soot occurs. The combustion process is only optimized through the optimal setting, a balance between draft that is too high and too low. The regulator for the chimney draft must therefore be present in every system.

How do I check the correct setting?

The flap should close properly when not fired. If the stove is burning, constant movements and slight vibrations must be recognizable. There is a constant chimney effect. The flames must be calm and even. You don't need a complex formula or you have to calculate extensively - Try out different settings and get a feel for the adjustment of the tension regulator.