Over the past few decades, the number of highly educated women in the United States has increased. This has improved the chances of "getting married" for American men. For women, however, they have fallen. Marriage for men increasingly represents economic advancement, while women (have to) marry a less educated man more often.

This change is mainly due to the growing adjustment of salaries, as a study by the University of Kansas has found. For the study, the sociologists Chang Hwan Kim and Arthur Sakamoto from Texas A&M University analyzed gender-specific changes among married people aged between 35 and 44 in the USA. They used the U.S. Census Bureau from 1990 and 2000 and the American Community Survey from 2009 to 2011.

Men benefit from women's progress
It turns out that there are more highly educated women than highly educated men in the marriage market. “The model of marriage and the associated economic consequences have changed over time. As a result, women are more likely to marry a less educated man, ”says Chang Hwan Kim. This is one reason why the man increasingly contributes less or the same amount to household income as his wife.

This change is particularly favored by the fact that women's incomes have risen in recent years. This is also supported by advances in education policy and labor market performance. In contrast, men's salaries are stagnating. Spouses are often paid the same, if not better in some cases on the part of women. This leads to a faster improvement in family standards for men than for women of the same education and helps to converge the gap in equivalised income between the spouses.

For the scientists, this could also be an indication of why men don't complain. The actual quality of life is determined more by family income than by personal income. It therefore seems okay for the man to have his wife bring more income into the household than himself.

The marriage market is a disadvantage for less educated women
This realization implies that marriage is important to the economic well-being of men. However, these changes do not only have positive effects. “For less well-educated women, on the other hand, the standard of living has deteriorated slightly, although their own incomes have tended to grow. However, their husbands' share of household income has decreased significantly, ”emphasizes Chang Hwan Kim. This could worsen the wealth gap between less educated or low-income families. In the overall picture, however, it should be noted that men are now clearly benefiting from the progress made by women. 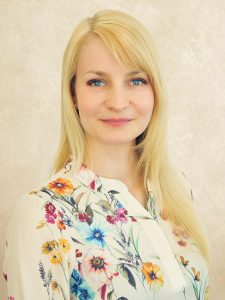 About the author:
Linda Standhardt works in the online editorial department at the German Institute for Pensions (DIA). In addition to writing editorial articles, she also looks after the social media channels there. www.dia-vorsorge.de.