What do the youth of India want

January 31st is the day of the street children

Increasing urbanization, which is pulling millions of poor families into the slums of large cities, is increasing the number of children and young people who live and work on the streets in many countries. In addition, more and more refugee children are forced to make their way through begging, selling small utensils, prostitution or other forms of abusive child labor. 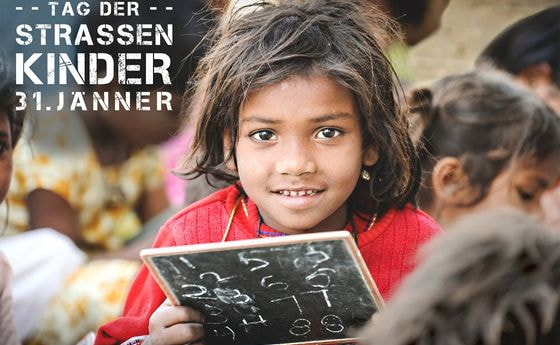 Street children also have the right to go to school. © Youth One World

State offers of help and protective measures for street children are rare. Instead, the minors are often criminalized and put behind bars for minor offenses. That should change now, at least if the UN Committee on the Rights of the Child has its way, whose Vice-President is the Austrian Dr. Renate Winter is: In the spring of 2017, a new UN directive (“General Comment”) on street children is to be adopted. "It's not about getting the children off the street under any circumstances, but about protecting them on the street, giving them back their dignity as human beings and helping them change their lives if they want", says Dr . Winter.

"We are very pleased that the international protection for street children is being improved in our anniversary year 2017, in which we are celebrating the 20th anniversary of Jugend Eine Welt," says Reinhard Heiserer, managing director of the Austrian aid organization that focuses on Don Bosco worldwide Promotes projects for disadvantaged children and young people. “Hopefully this will also go hand in hand with increased financial support - this would be sorely needed in view of the huge number of children affected. And it would be a good investment in the future: Our projects show every day the great potential that street children have and that they make a valuable contribution to society if you give them the chance. " 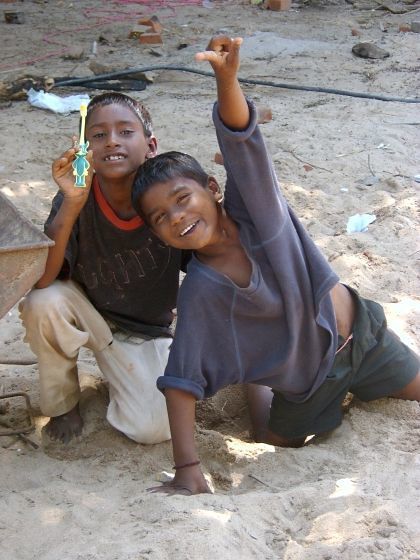 “Above all, a street child needs someone they can trust,” explains Santosh Kumar, who lived on the streets for three years as a child, lost a hand and a foot in a train accident and finally found a new home with Don Bosco. Today he is the director of a street children's center. At the invitation of Jugend Eine Welt, the young Indian traveled through Austria in the past few days and together with Father Noel Maddhichetty, the director of the Jugend Eine Welt partner organization, "BoscoNet - a Friend to anyone in need", reported on the situation in school workshops and events by street children in India, estimated at more than 11 million. The Don Bosco “Young at Risk” program is helping in 92 cities with emergency shelters, children's homes, children's hotlines, schools and training facilities.

Jugend Eine Welt cordially invites schoolchildren, youth groups and adults to learn more about the situation of street children as part of the “Street Children's Day” campaign and to contribute to improving their living conditions with their own campaigns. Information, action proposals and didactic materials, which were created together with the development education agency “BAOBAB - Global Learning”, can be found at www.tagderstrassenkinder.at

School campaign "Being an angel for street children" in the NMS Altmünster together with the "Street Children Day" guests of honor Santosh Kumar and P. Noel Maddhichetty from India and Hildegard Pesendorfer from Jugend Eine Welt. © Youth One World

On the occasion of the "Street Children's Day" on January 31, 2017, Governor Dr. Josef Pühringer recently met with Father Noel Maddhichetty from New Delhi / India. Father Noel is General Secretary of the Conference of South Asian Salesian Provinces and, since June 2016, director of "BoscoNet", the New Delhi-based central coordination platform for all activities and projects of Salesians in South Asia. Father Noel was accompanied by the former street child Santosh Kumar Padibandla, meanwhile project coordinator and manager at the Don Bosco Center for Street Children Navajeevan, and Hildegard Pesendorfer from the Upper Austria regional office of “Jugend Eine Welt - Don Bosco Aktion Österreich”. 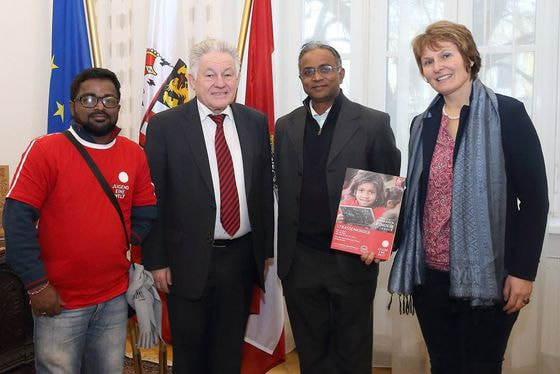 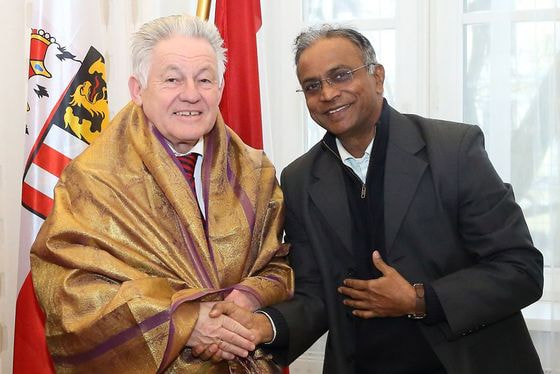 The “Street Children's Day” on January 31st - the commemoration day of the youth saint Don Bosco - is the prelude to action weeks to which “Youth One World” invites to draw attention to the difficult situation of street children. This year the focus is on India.

There are millions of children around the world whose center of life is the street. Many of them lack the protection and help of adults. The aid organization “Jugend Eine Welt” has set itself the goal of helping these children and giving them a chance for a decent life. Street children find a new home in the Don Bosco aid projects in Africa, Asia and Latin America supported by “Jugend Eine Welt”. You can go to school and learn a trade.