On what basis do the Comoros claim Mayotte 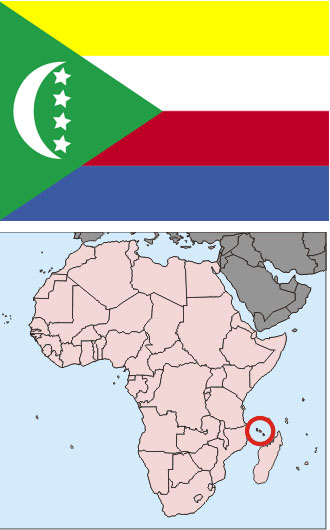 The Comoros are an island state in the Indian Ocean and consist of the three islands Grande Comore (Ngazidja), Anjouan (Nzwani) and Moheli (Mwali). They are located in the Mozambique Channel, north of Madagascar, and south of Mozambique.

The name of the Comoros comes from the Arabic Juzur al-Qamar, which means "lunar islands". The island of Mayotte, which is also part of the Comorian archipelago, is a French overseas territory, but is claimed by the Union of Comoros.

Around the year 800, the Comoros Islands were under the influence of Oman. Persians and Arabs who had settled in the 16th century founded their own sultanates on the main islands. In 1505 Portuguese sailors reached the islands.

France established a first colony on the island of Mayotte in 1843, which was merged with the Comoros to form a colonial unit in 1912. This was subordinated to the Governor General of Madagascar in 1914.

The Comoros gained extensive autonomy in 1961 and complete independence in 1975. However, the people of Mayotte decided to stay with France. To this day, however, this island is claimed by the Comoros.