Europe has a great future

The French President Emmanuel Macron sees himself as the spiritual father of the "Conference on the Future of Europe". That is why, despite the corona pandemic, he insisted on opening the conference in person in the otherwise rather empty building of the European Parliament in Strasbourg.

Macron and the three big institutions of the EU, the Parliament, the EU Commission and the Council, i.e. the representation of the 27 member states, want to breathe more life back into the democratic idea of ​​Europe. The challenges for the Union existed before the pandemic, but have worsened again due to Corona. 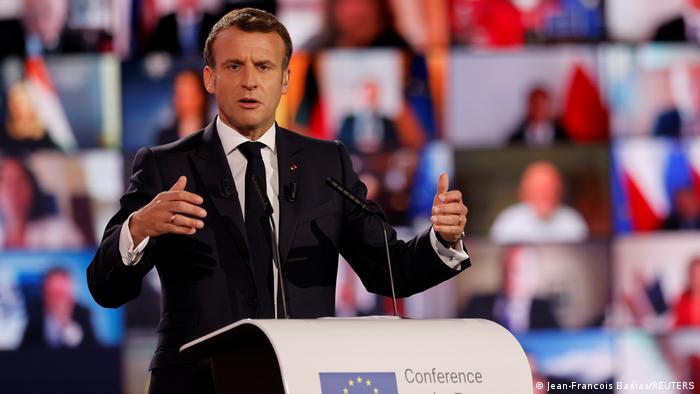 In front of a video wall with citizens: Emmanuel Macron in the EU Parliament in Strasbourg

"Europe stayed together in the crisis," said Macron in his opening speech. The joint vaccination campaign also worked. "We saved lives. We have to be proud of that." However, it has also been shown that Europe needs more skills in crucial areas. One must also ask what the EU should look like in ten years.

As early as 2017 in his appearance at the Sorbonne University in Paris, Emmanuel Macron called for a rebirth of Europe and a "sovereign Europe" that should "protect" its inhabitants economically and militarily in many situations. The French President incessantly urged reforms for the EU. At the end of 2019, France and Germany, the two largest EU countries, finally gave birth to the idea of ​​a "future conference".

This survey of people in the 27 member states should start in spring 2020. Not only because of the restrictions imposed by the corona pandemic, but also because of the dispute between the governments of the member states, the European Parliament and the EU Commission about how a conference on the future should take place, who will take part and how to deal with the results the project by a year. 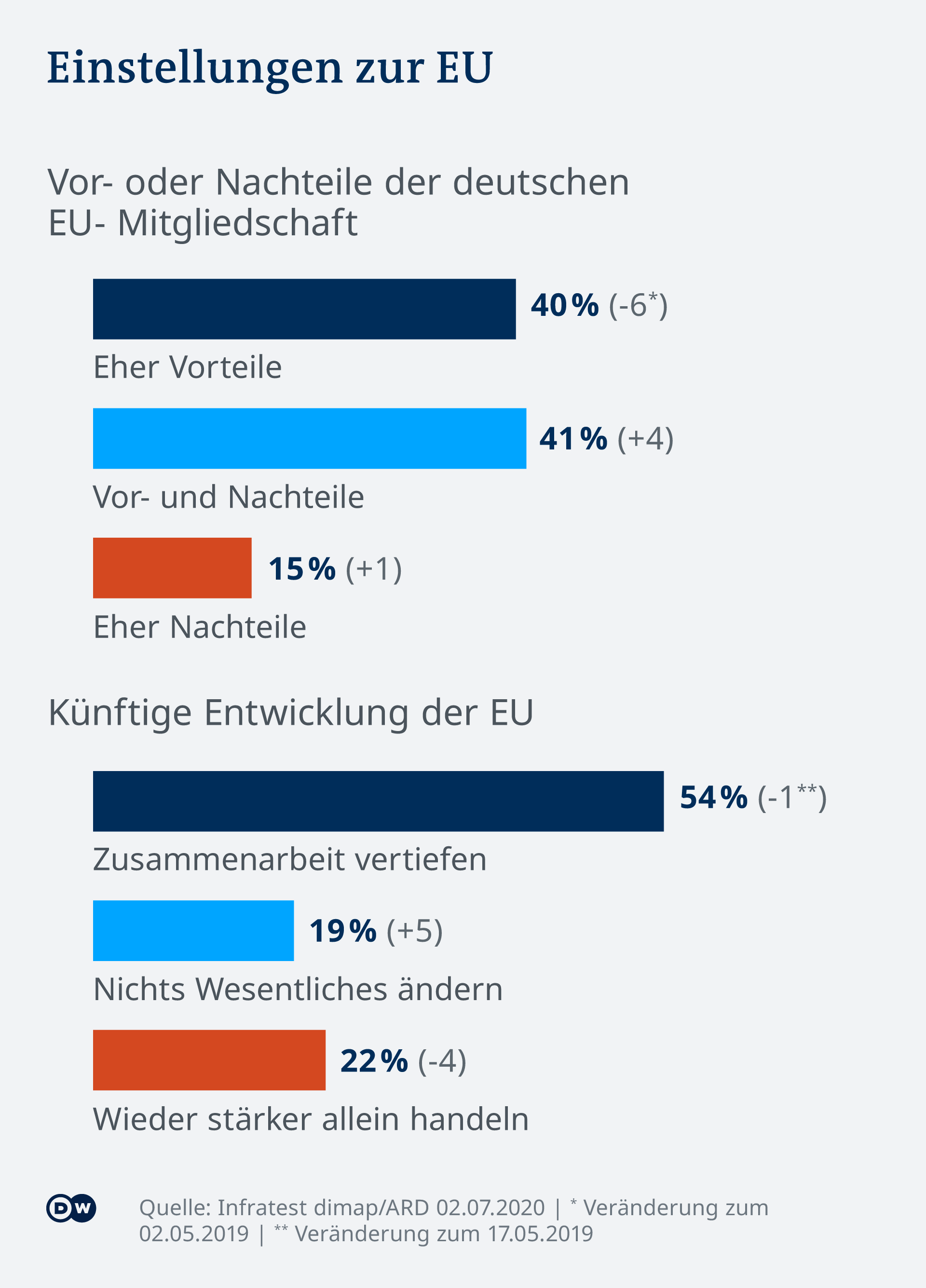 After all, a few weeks ago the institutions finally agreed who should chair the conference, which plenary sessions and which citizens' forums should be held. "But it is still unclear how the results of the conference will ultimately be determined and put into practice," criticized Sophia Russack from the think tank "Center for European Policy Studies" (CEPS) in a video conference in Brussels.

"An Exercise in Democracy"

Because the politicians involved in Brussels and the European capitals need ideas for reforms, the citizens of the European Union should now be asked and actively contribute their suggestions, enthuses EU Commissioner Dubravka Suica. She is responsible for organizing the conference, which initially takes place online, through official channels, because her department is called "New Momentum for European Democracy". 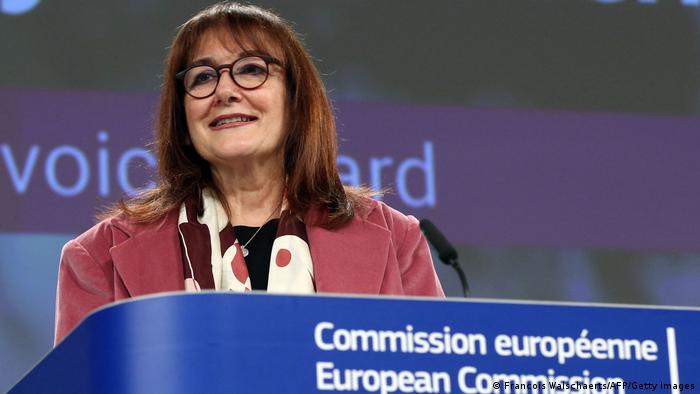 An online platform in the 24 official languages ​​has been activated since mid-April, where interested parties can express their opinion and organize events themselves, physically, in their city. "This is a very broad exercise in democracy that has never existed before," said EU Commissioner Suica, praising her project. "People can feed us with ideas."

The suggestions that can be made online on each topic would be evaluated on a regular basis. These reports would then be presented to selected panels of citizens in all member states for discussion, explains the EU Commissioner. The results of the citizens' panels will then flow into plenary sessions of the entire conference. This plenary consists of 433 people from the EU bubble, as well as "normal" randomly selected people. A "Presidium" watches over everything, including Commissioner Suica, representatives of the member states and parliamentarians. It is no coincidence that the conference will end in a year when the French President Emmanuel Macron himself will be the President of the Council of the EU. In the middle of the election campaign for his re-election, Macron will then somehow use the hoped-for reform impetus, suspect EU diplomats in Brussels.

On the online platform of the conference futureu.europa.eu, 9,200 people had registered by Sunday evening and had already posted over 2,000 reform ideas. These suggestions range from a complete stop of immigration to Europe to the involvement of the royal houses in the EU in the financing of these.

EU Commissioner Dubravka Suica promises that the dialogues and suggestions on the website will be moderated and sorted. Fake news or racist comments would be removed. However, the range of proposals would not be assessed. In the "Rule of Law" section there is both the demand that the EU Commission be upgraded to a government and the statement: "The EU is a joke." The criticism was directed primarily at the current President of the Council, Charles Michel. 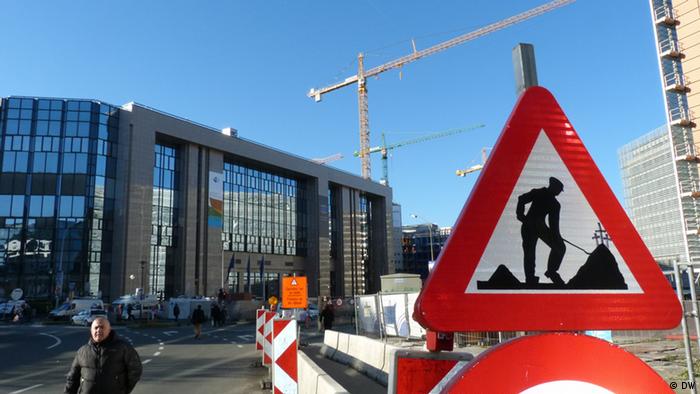 EU expert Sophia Russack from the think tank "CEPS" remains skeptical. Similar exercises on citizen participation have already taken place several times, most recently in 2018. The citizen dialogues at that time "actually didn't really interest anyone," says Sophia Russack. The results were "hardly discussed and quickly forgotten" by the institutions in Brussels.

Green MEP Daniel Freund hopes that everything will be different this time. "In particular, the participation of randomly selected people could help". Freund insists that the way in which politics would be made in Brussels could be changed by the conference on the future of Europe. The question that the representatives of the Council, Commission and Parliament still had to answer is: "Are we really ready to act on the basis of the recommendations?"

A dozen member states have already answered this question very cautiously and reject any changes to the treaties of the European Union that would be necessary, for example, to change the allocation of posts and the decision-making process.